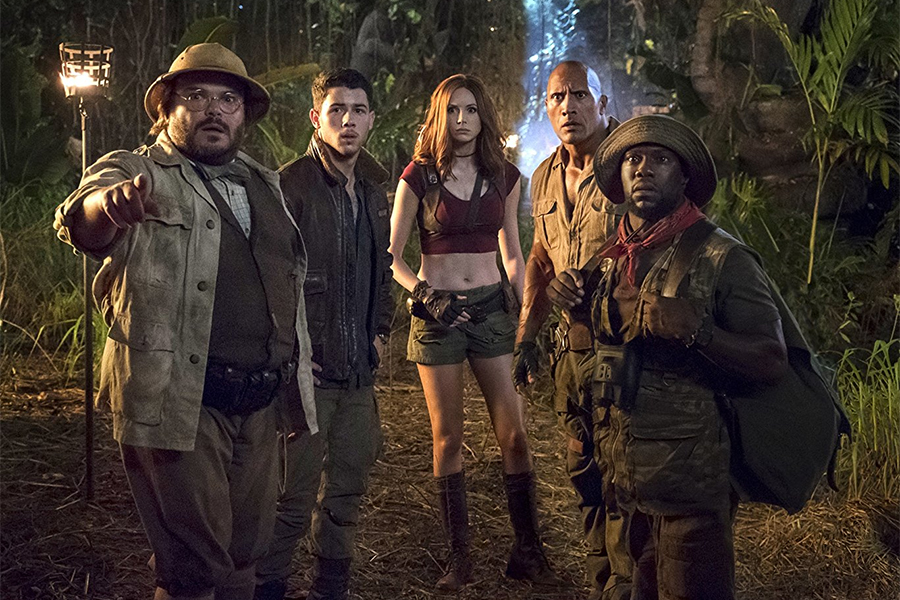 Sony Pictures’ Jumanji: Welcome to the Jungle debuted at No. 1 on the national home video charts the week ended March 24.

The adventure comedy – a sequel to the 1995 original Jumanji — was a surprise hit at the box office, earning $402 million in U.S. theaters and nearly $950 million worldwide. The home video edition bowed in the top spot on both the NPD VideoScan First Alert sales chart, which tracks combined DVD and Blu-ray Disc unit sales, as well as the dedicated Blu-ray Disc sales chart.

The original Jumanji starred Robin Williams and was based on a children’s book about a board game come to life. The follow-up features a group of teenagers sucked into a video game version of Jumanji, where they take on avatars played by Dwayne Johnson, Kevin Hart, Jack Black, Karen Gillan and Nick Jonas.

Warner’s Justice League dropped to No. 2 on both charts, selling 35% as many copies as Jumanji. The superhero team-up adventure, which earned $229 million at the domestic box office, had debuted at No. 1 on both charts the prior week.

Walt Disney’s Coco remained No. 4 on both charts.

No. 5 on the overall chart was 20th Century Fox’s animated comedy Ferdinand, while on the Blu-ray Disc sales chart, the No. 5 spot went to Disney’s Thor: Ragnarok.

A third new release to make the top 10 was Paramount’s Downsizing, a social satire about people shrinking themselves to save money — and to save the planet. The film, which stars Matt Damon, earned less than $25 million in U.S. theaters and debuted at No. 8 on both sales charts.

Jumanji: Welcome to the Jungle generated 58% of its total unit sales from Blu-ray Disc, according to VideoScan, with 7% coming from 4K Ultra HD Blu-ray.

Pitch Perfect 3 generated 57% of its sales from Blu-ray Disc, and Downsizing, 60%.

On Media Play News’ rental chart for the week ended March 25, Jumanji: Welcome to the Jungle also debuted at No. 1, while Justice League soared to No. 2 now that it’s week-long holdback from Redbox is over.

Pitch Perfect 3 debuted at No. 3, while Ferdinand shot to No. 4 now that it’s available at Redbox, also a week after its initial release.

Thor: Ragnarok, the top rental the prior week, slipped to No. 5.