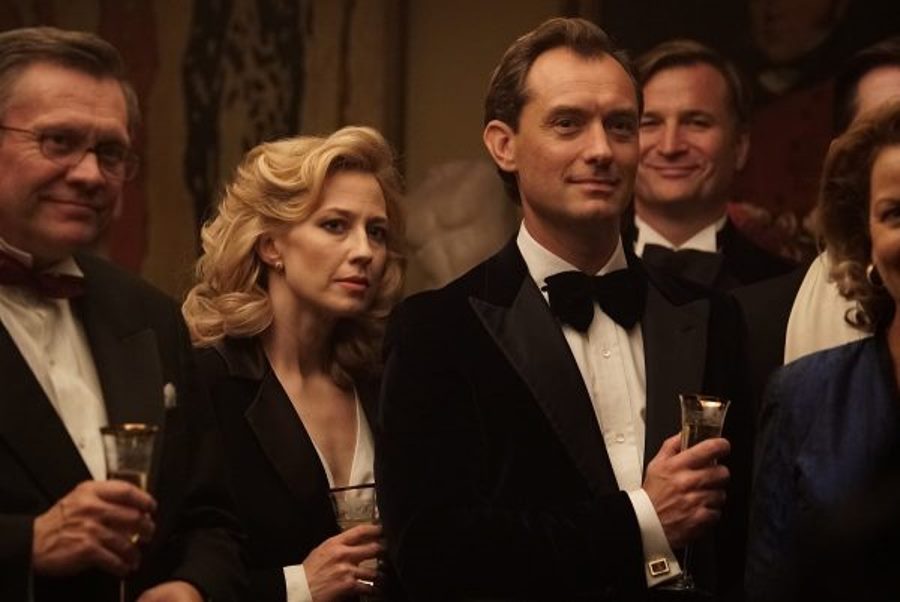 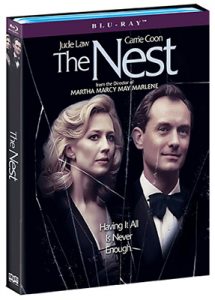 Shout! Factory in conjunction with IFC Films has announced a May 18 home release date for The Nest, an atmospheric drama from director Sean Durkin (Martha Marcy May Marlene) about how obsession with social status can lead to disaster.

The film will be available on Blu-ray Disc and may be ordered in advance now directly from the indie distributor’s website at ShoutFactory.com.

The film follows the story of an ambitious British entrepreneur and former commodities broker named Rory (Jude Law, Sherlock Holmes) who persuades his American wife Allison (Carrie Coon, The Leftovers) and their children to leave the comforts of suburban America and return to his England. Sensing opportunity, Rory rejoins his former firm and leases a centuries-old country manor, where he plans to build a stable for Allison’s horses. Soon the promise of lucrative new beginnings begins to unravel, and the couple must face the unwelcome truths lying beneath the surface of their marriage.

Bonus features include an “Anatomy of a Scene” featurette in which director Sean Durkin and lead actor Jude Law break down a key scene from the drama, and the theatrical trailer.

Nominated for two 2020 Gotham Awards, the film premiered on Jan. 26,  2020 at the Sundance Film Festival and received a limited theatrical release in the United States and Canada last September.