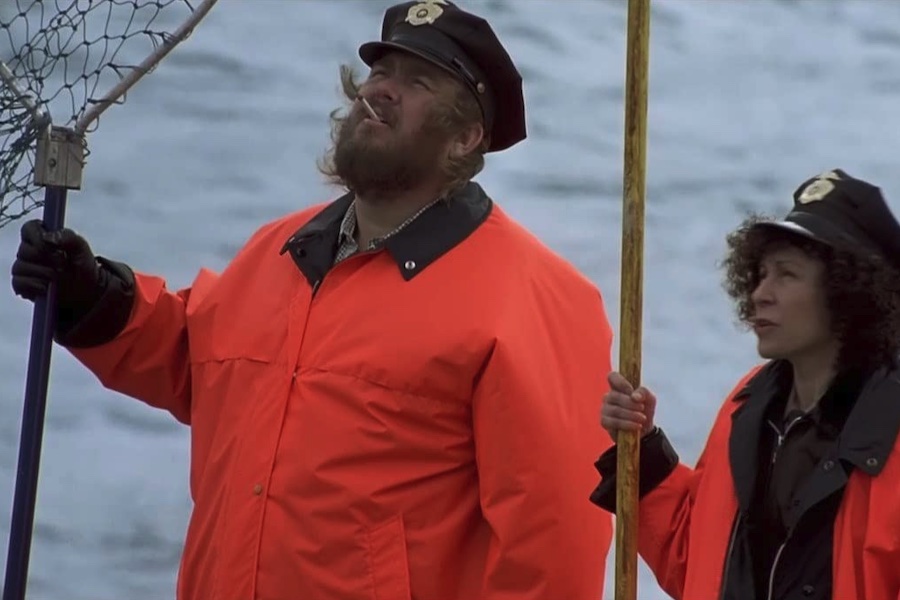 The MGM John Candy comedy Canadian Bacon will be released on Blu-ray for the first time Sept. 13 from MVD Entertainment Group as part of the MVD Marquee Collection. 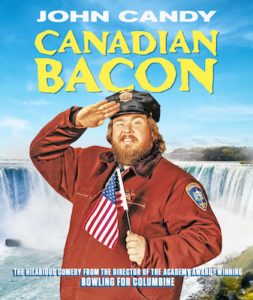 In the film, faced with sagging approval ratings and disgruntled arms manufacturers, the U.S. President (Alda) decides to cook up a new Cold War with Canada. After a flood of media propaganda, Americans waste no time in “patriotically” burning their ice skates and swearing off maple syrup. But when bumbling U.S. sheriff Boomer (Candy) and his hair-trigger deputy Honey (Perlman) decide to take matters into their own hands and lead a preemptive strike, they soon find themselves embroiled in a hilarious international incident.

Canadian Bacon marks the first and only narrative, non-documentary movie written, produced and directed by Moore (Bowling for Columbine, Fahrenheit 9/11, Roger & Me). The film, an official selection at the 1995 Cannes Film Festival, features cinematography by two-time Academy Award-winning cinematographer Haskell Wexler (One Flew Over the Cuckoo’s Nest), one of the 10 most influential cinematographers in movie history, according to an International Cinematographers Guild.

Special features include the original theatrical trailer; reversible artwork; and a limited-edition slipcover for the first pressing only.