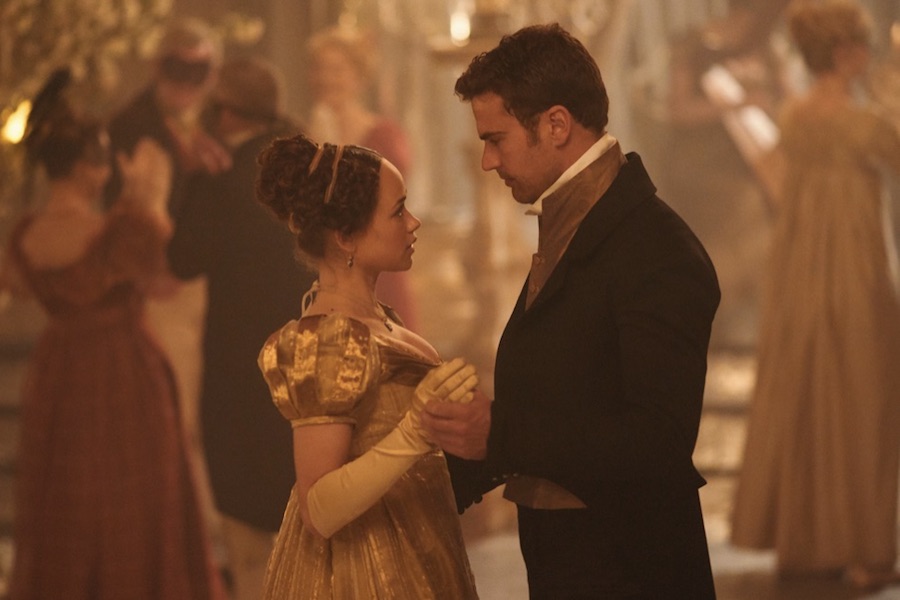 The Jane Austen series “Sanditon,” a miniseries of the classic E.M. Forster novel “Howards End,” and the new murder mystery series “Vienna Blood” are among the programs that will land on the Masterpiece Prime Video Channel in January from PBS Distribution.

The PBS Masterpiece Prime Video Channel is $5.99 per month with an Amazon Prime or Prime Video subscription.

Writer-executive producer Andrew Davies completes Jane Austen’s last piece of work — unfinished due to her death in 1817 — with the PBS series “Sanditon,” streaming beginning Jan. 12.  New episodes debut the Sunday of each following week, and on Feb. 23, fans can binge-watch the program in its entirety.

Davies (“Pride and Prejudice,” “Les Misérables,” “Little Dorrit”) takes the first 11 chapters of the final Austen masterpiece and creates an epic drama. Set during the Regency Period, the story follows Tom Parker (Kris Marshall), who is obsessed with turning the sleepy seaside village of Sanditon into a fashionable health resort. He enlists the financial backing of the local, curmudgeonly wealthy widow, Lady Denham (Anne Reid). Through a mishap while traveling through the countryside, Tom and his wife Mary (Kate Ashfield) make the acquaintance of the Heywoods, a local farming family. While describing his plans for Sanditon, their eldest daughter Charlotte (Rose Williams) is intrigued and excited and Tom invites her for an extended stay at the seaside town. Upon her initial arrival, the sensible and naive Charlotte observes hypochondria, avarice and attempted seduction run amok. Lady Denham is playing matchmaker for her destitute nephew, Sir Edward (Jack Fox), who is determined to seduce Lady Denham’s ward, Clara (Lily Sacofsky), and become the primary heir to his aunt’s estate. The arrival of wealthy, mixed-race heiress Miss Lambe (Crystal Clarke), under the guardianship of Tom’s upright brother Sidney (Theo James), due to a promise he made to Lambe’s father on his deathbed, adds an interesting complication. Eligible men naturally find Miss Lambe fascinating, while Charlotte is intrigued by Sidney. Charlotte Spencer also stars as Sir Edward’s scheming sister, Esther

Even as Austen was succumbing to her fatal illness, she chose to lampoon the contemporary fad for tonics, sea water cures and other medical remedies. Undiagnosed at the time, her malady was probably Addison’s disease, which today is easily treatable. Austen died at age 41, on July 18, 1817.

Streaming beginning Jan. 13 is the four-episode miniseries “Howards End,” starring Matthew Macfadyen, Julia Ormond, Hayley Atwell, Philippa Coulthard and Tracey Ullman. The series follows Margaret Schlegel (Atwell), an intelligent, idealistic young woman who is courted by the older Henry Wilcox (Macfadyen), a self-made conservative businessman. After his wife Ruth (Ormond) dies unexpectedly, he becomes the owner of Howards End. Meanwhile Margaret’s passionate and capricious younger sister Helen Schlegel (Coulthard) takes up the cause of Leonard Bast, a young bank clerk who falls on hard times at work and at home with his partner Jacky. In the absence of their late parents, the sisters’ loving but interfering Aunt Juley (Ullman) tries to keep the young ladies and their brother Tibby on the straight and narrow. The adaptation is written by Kenneth Lonergan (Manchester by the Sea, Gangs of New York).

Cultures and ideas collide in 1900s Vienna, Austria, in the series “Vienna Blood,” with six episodes hitting screens Jan. 20. Opulent cafes and opera houses set the scene for heated discussions about philosophy, science and art. Max Liebermann, played by Matthew Beard (The Imitation Game), is a brilliant young English doctor and one of Sigmund Freud’s young students. He encounters Austrian Detective Inspector Oskar Rheindardt, who is struggling with his latest murder case. Max decides to help Oskar investigate the unusual and chilling string of murders.

In the Norwegian series “Home Ground: Season 1,” hitting screens Jan. 20, after leading her team to sensational results in European women’s football, coach Helena Mikkelsen finds her achievements ridiculed by the male experts of the footballing world. When a newly promoted Norwegian football team loses its coach just before the start of the league season, the team scrambles to find a new head coach. Michael Ellingsen, a former football star puts himself in the running with Helena as his assistant coach. However, fueled by everyone’s lack of trust in her, Helena demands to also be considered for the lead position. She soon learns that the club is in bigger trouble than they realized, and despite his initial hesitation, the club director decides to give Helena the historic opportunity to be manager. Still, Michael and the team don’t attempt to hide their bitterness.

In the Danish series “The Blood Pact, Season 1,” hitting screens Jan. 31, two years after becoming a widower, work-obsessed Hugo is struggling to balance his work life with fathering his two daughters. His 8-year-old has become best friends with the daughter of a prolific ex-criminal, Marius. Soon after being released from prison, Marius is involved in a freak accident with Hugo. They become friends, but the friendship draws Hugo deep into a dangerous web of crime.