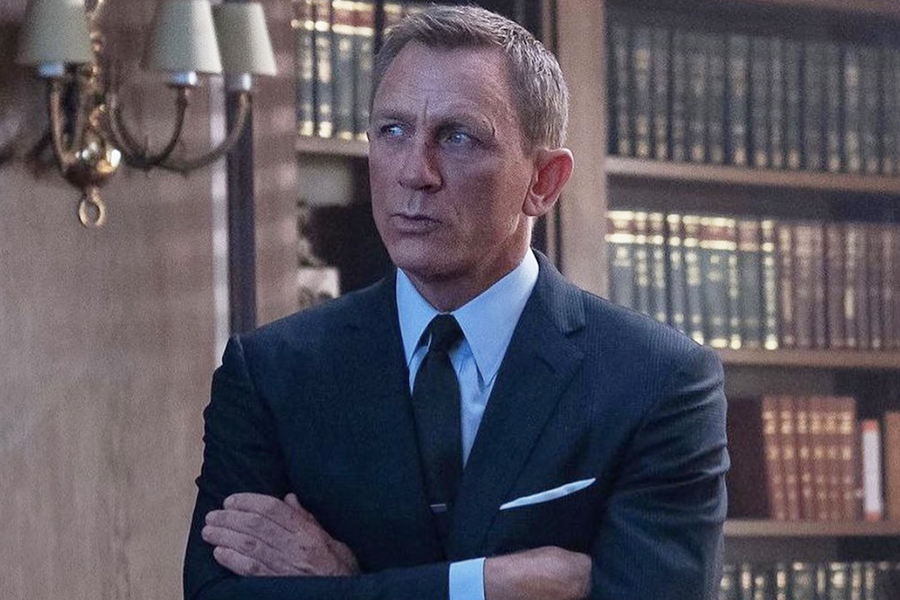 MGM’s No Time to Die debuted at No. 1 on the NPD VideoScan First Alert chart, which tracks combined DVD and Blu-ray Disc unit sales, and the dedicated Blu-ray Disc sales chart the week ended Dec. 25.

Distributed on Blu-ray Disc and DVD by Universal Pictures Home Entertainment, No Time to Die is the 25th James Bond film from EON Productions and the fifth to star Daniel Craig as Agent 007, his final turn in the role. The film earned $160.8 million at the domestic box office and more than $774 million worldwide, where it was the top Hollywood earner before Spider-Man: No Way Home came along.

Blu-ray Disc formats accounted for 74% of total No Time to Die unit sales, with 47% from the Blu-ray/DVD combo pack, 27% from 4K Ultra HD Blu-ray combo pack, and 26% from the standalone DVD.

The previous week’s top seller, Sony Pictures’ Venom: Let There Be Carnage, slipped to No. 2 on both charts in its second week on shelves. The Marvel Comics-inspired sequel sold about 66% as many discs during the week as the newly released No Time to Die.

Disney-owned Marvel Studios’ Shang-Chi and the Legend of the Ten Rings picked up a spot on the overall disc sales chart, to No. 4, but slipped a spot to No. 3 on the Blu-ray Disc chart.

The only other newcomer to crack the top 20 on the overall chart was Funimation’s Demon Slayer: Mugen Train, which arrived on Blu-ray from Universal Pictures more than a year after beginning its theatrical run in Japan, and landed at No. 17 overall and No. 4 on the Blu-ray chart. Based on the popular Japanese “Demon Slayer” manga, Mugen Train was a bit of a theatrical sensation during the pandemic, earning $47.7 million domestically and, by some reports, $503 million worldwide, where it was the top-grossing film of 2020, the first non-Hollywood production to achieve the feat of topping the yearly earnings list.

Another newcomer, Warner’s The Many Saints of Newark, the prequel movie to the popular HBO mobster series “The Sopranos,” was No. 18 on the Blu-ray Disc chart and No. 33 on the overall disc chart. It earned $8.2 million at the domestic box office. Blu-ray Disc formats accounted for 60% of its first-week unit sales, with 48% from regular Blu-ray and 12% from 4K Ultra HD Blu-ray.

The No. 3 overall disc seller (No. 17 on the Blu-ray chart) was Warner’s Elf, the 2003 Christmas movie starring Will Ferrell that continues to benefit from a holiday-season boost. Similarly, Universal’s 2000 live-action How the Grinch Stole Christmas was No. 5 overall, while the same studio’s 2018 animated The Grinch was No. 6 (No. 10 Blu-ray).

Rounding out the top five Blu-ray sales list was Universal’s F9: The Fast Saga, which was No. 12 on the overall disc chart.

The Media Play News rental chart for the week ended Dec. 26 also had No Time to Die at No. 1, pushing Venom: Let There Be Carnage to No. 2.

Disney-owned 20th Century Studios’ The Last Duel made its way to the rental charts at No. 3 a week following its disc release, while Warner’s Cry Macho slipped a spot to No. 4, and Lionsgate’s Dangerous slid three spots to No. 5.

Many Saints of Newark was the No. 11 rental.