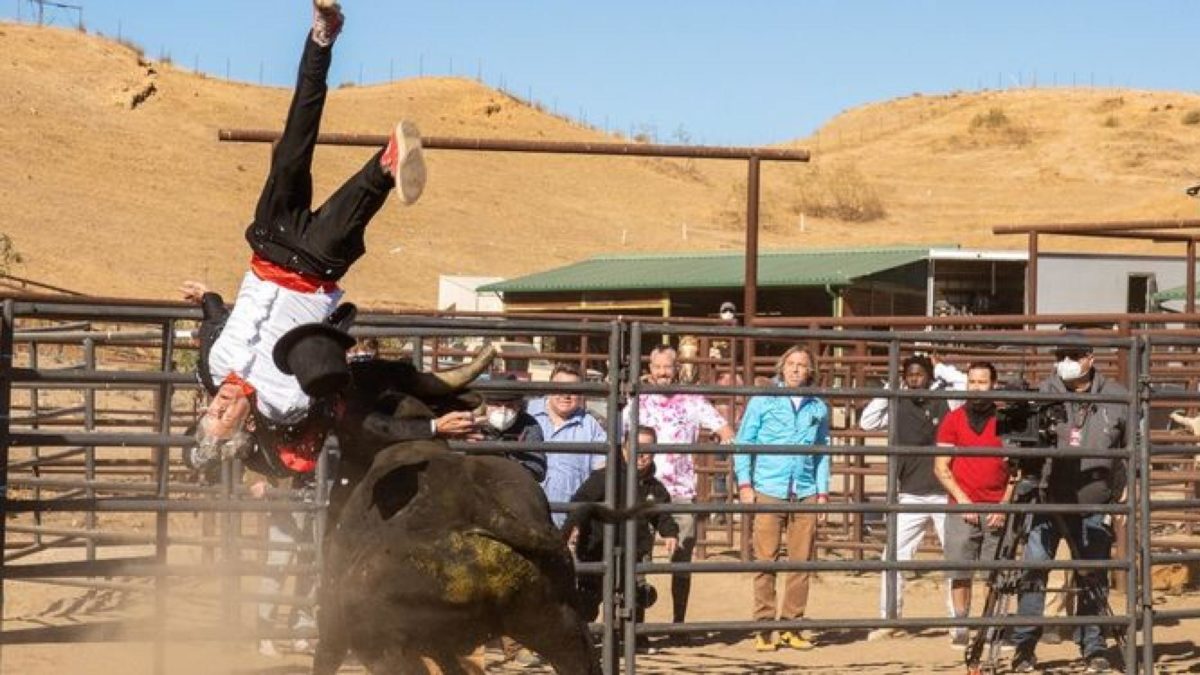 While actor/producer Johnny Knoxville’s Forever is Paramount’s second weekend box office winner this year after Scream, the movie’s ticket sales lagged behind previous “Jackass” efforts, including most recently 2013’s Bad Grampa ($32.3 million) and 2010’s Jackass 3D with $50.4 million. Still, the film could have box office legs over the next 45 days before migrating over to the Paramount+ streaming platform.

The opening weekend audience was 60% male and 75% was 25+. With an opening in this range, the film will be profitable for Lionsgate, according to a studio representative.  The daily breakdown of estimates is $3.415 million for Friday; $4.024 million for Saturday; and an estimated $2.566 million for today.
Moonfall is being released in over 50 countries worldwide this weekend, including the U.K., Australia, Brazil, Mexico, Russia and Spain.
Emmerich and Centropolis Entertainment independently produced and financed Moonfall, overseeing all aspects of production, financing, delivery, and distribution and marketing in collaboration with Lionsgate, AGC Studios, and the film’s distribution partners around the world. Lionsgate acquired North American rights to the film.

The tally was enough to hold off the enduring box office juggernaut that is Sony Pictures’ Spider-Man: No Way Home, which generated about $9.6 million, and is inching up to pass James Cameron’s 2009 box office hit Avatar with $760 million in North American ticket sales. That movie still ranks as No. 1 all-time globally with more than $2.8 billion in ticket sales.