Interpret research reported a 25% jump in U.S. digital movie rentals and a 20% leap in digital movie purchases in the second quarter of 2020 compared with the first quarter.

During the same period, the firm recorded a more than 70% jump in U.S. viewers renting movies digitally and a more than 60% leap in viewers making digital movie purchases.

“Always a strong studio revenue driver in pre-pandemic times, the home entertainment experience is for now the only show in town,” the firm stated, noting the closing of theaters during the pandemic. 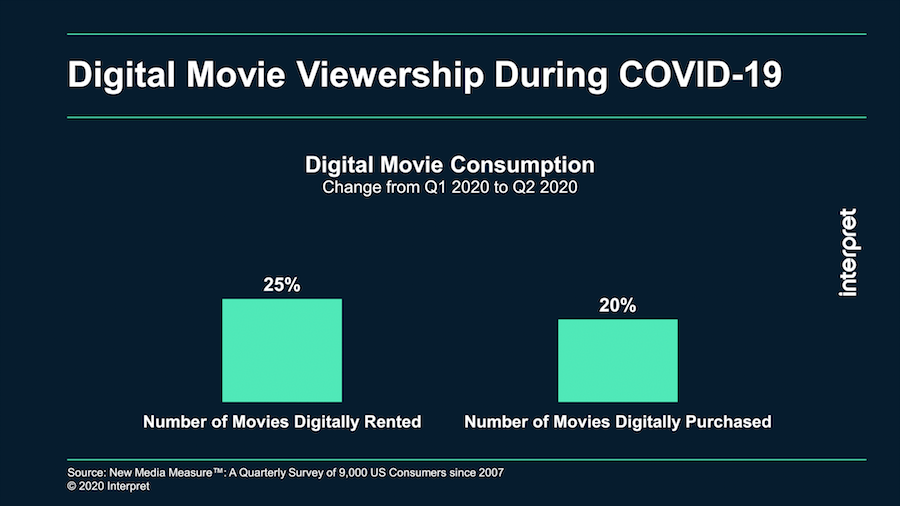 Interpret’s New Media Measure showed that year-over-year from Q2 2019 to Q2 2020, the number of movies seen in theaters fell about 65%.

“Theaters will return when movies begin to flow again out of Hollywood, but the business of movie distribution will likely be very different,” Interpret VP Brett Sappington said in a statement. “Studios will have significantly more negotiating power over theaters and control over distribution options with direct-to-consumer streaming. Theaters, one of the last bastions of traditional distribution, will now have to find a new place and role in order to survive.”