They are also more likely to enjoy ads that are interactive.

Interpret found FAST viewers are more likely than all streaming viewers not to mind long ads if they are relevant, humorous or intriguing to them. They  are also more likely to be OK with short ads of 10 seconds to 15 seconds. 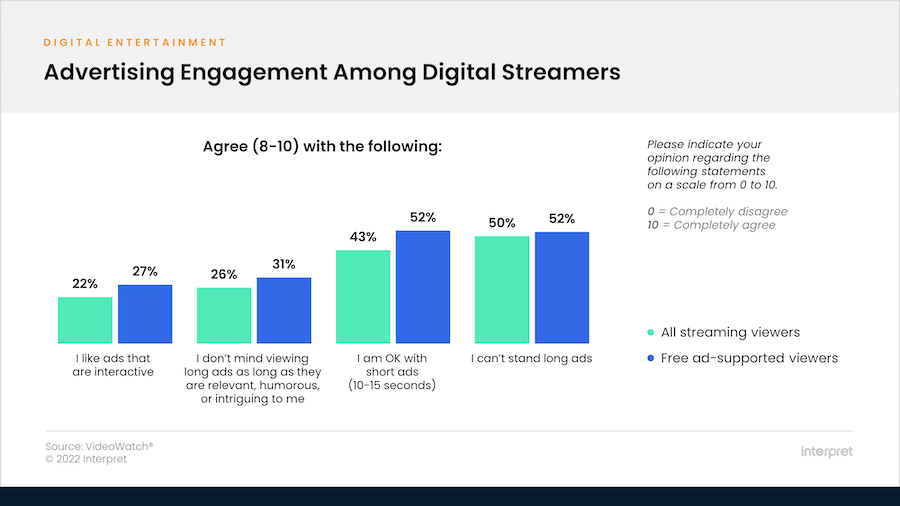 One thought on “Interpret: FAST Viewers More Tolerant of Ads Than All Streamers”