Interpret research found that 90% of Apple TV+ subscribers own at least one Apple device, with 42% owning four or more Apple products.

Apple’s SVOD service (regularly $4.99 a month) has been free to any users who purchased an iPhone or other iOS device in late 2019. After extending the free period through February, the company extended the free service through July.

Pundits have noted that Apple TV+ lags in content offerings compared to other subscription streaming services, such as Disney+ and Netflix.

Among those who cancelled their Apple TV+ subscription, nearly a third did so because of a “promotional price ending,” suggesting that viewers were anticipating the end of their free trials, according to Interpret. 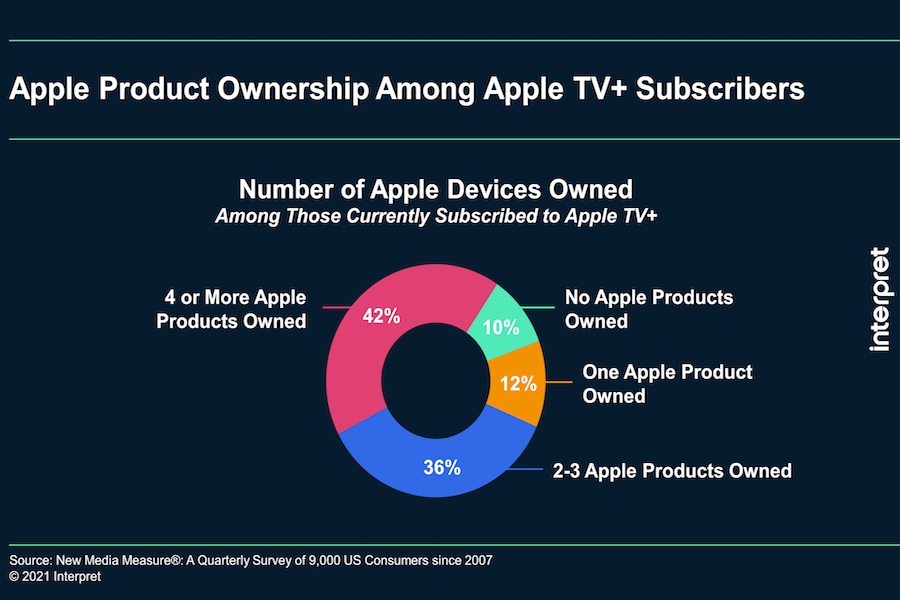