Nearly one-fifth (18%) of all U.S. subscribers to cable or streaming services report using another household’s password and 18% report sharing a password with another household, according to data from Interpret’s VideoWatch.

Another 9% of consumers indicate that they split the cost of a single subscription service and then share that service’s password with other households.

Password sharing has taken center stage after Netflix in a recent financial report blamed it for poor results. Netflix executives are looking at an ad-based tier to give consumers a lower-priced option. Given that 48% of Netflix subscribers watch ad-supported content from other streaming providers, an ad-based version of Netflix could be a winner, according to Interpret. 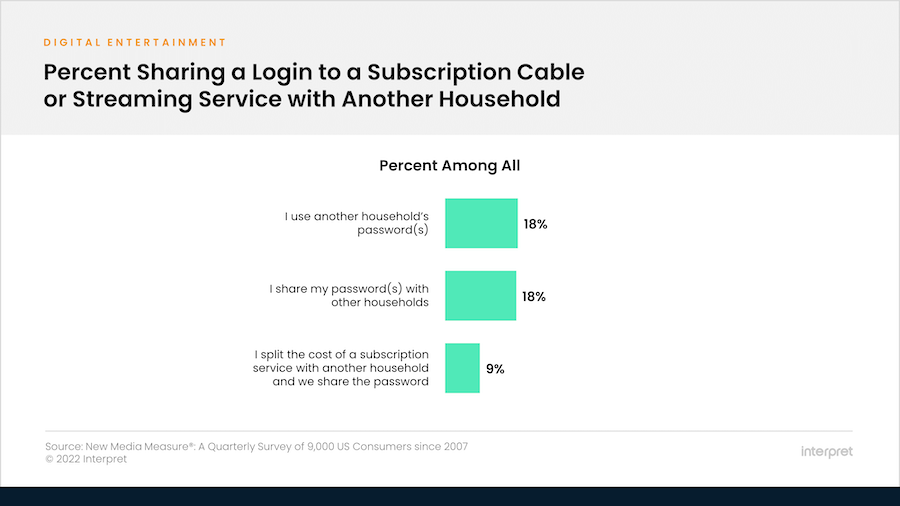