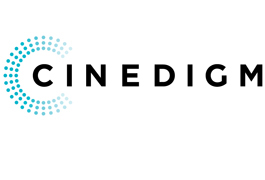 Under the multiyear deal, Insurrection will develop and produce a slate of films across a variety of popular genres, while Cinedigm will oversee theatrical, home video, television and digital distribution. The first release under the pact is anticipated to be a family-friendly holiday comedy called Rambo Saves Christmas, about a stray dog who defends a family’s home against two bungling burglars. Insurrection intends to start production on the film this month in time for a holiday 2018 release. Rambo Saves Christmas was written by Brandes, who is slated to direct as well.

Most recently, Brandes and Nassif served as co-producers on Jeepers Creepers 3.

The pact adds to Cinedigm’s portfolio of content to distribute through traditional channels, as well as its digital offerings, such as the Dove Channel, CONTV and Docurama.

“We could not be more thrilled to work with longtime industry veterans like Richard and Chris,” said Yolanda Macias, EVP of acquisitions for Cinedigm. “With their extensive relationships, experience and track record with indie films, we are confident that they will deliver exciting new pictures under our deal.”

“We have been looking for a collaborative distribution partner,” said Brandes. “Cinedigm’s team understands the marketplace very well, and we value their input to help to maximize the commercial appeal of our pictures.”

“Cinedigm boasts wide distribution reach, and leadership that is forward-looking and savvy,” said Nassif. “As the home entertainment landscape continues to quickly evolve, we are thrilled to partner with a company with direct access to both traditional distribution channels as well as their own OTT network.”