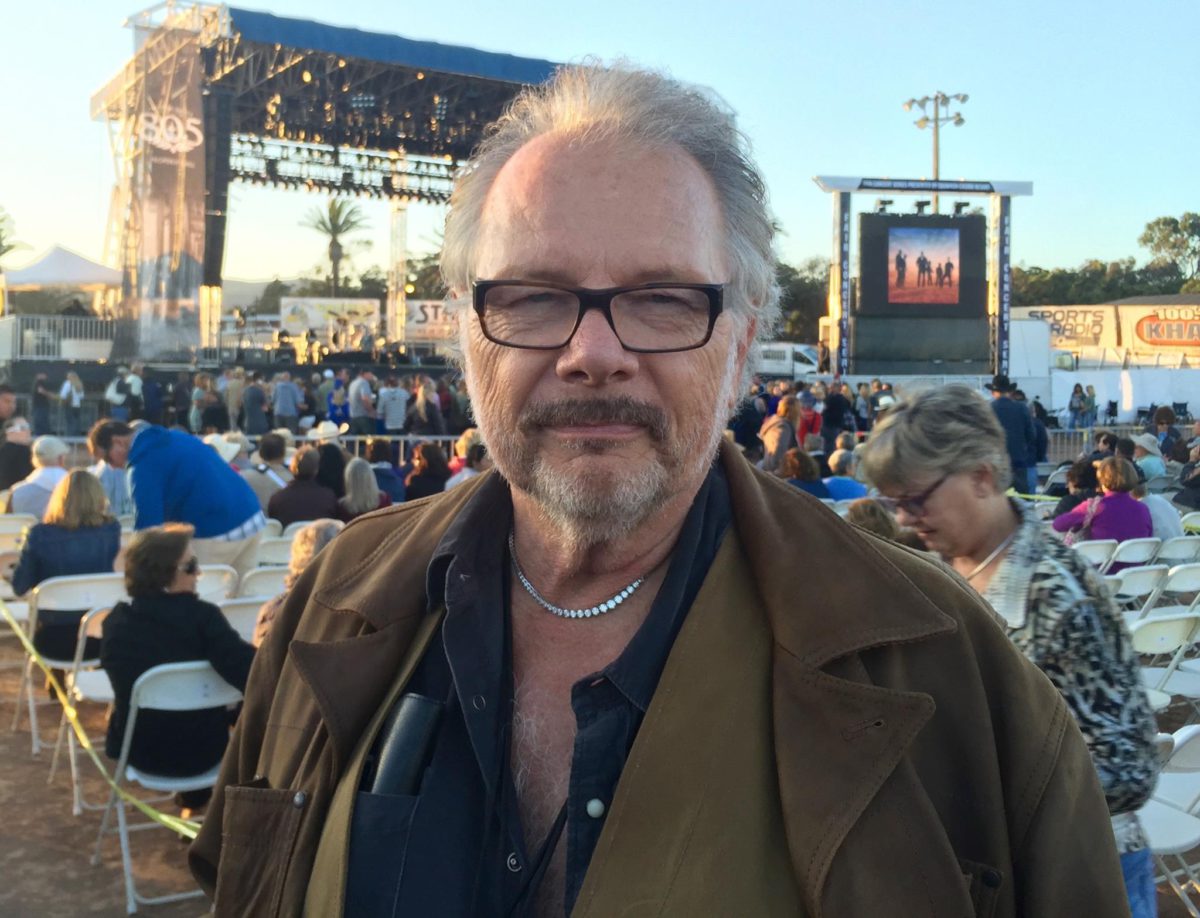 Salzer, whose Salzer’s Music in Ventura remains one of the area’s top sellers of physical media, had been hospitalized after an initial fall in late February. Shortly after noon on Sunday, March 15, he posted to Facebook, “I can’t keep up with Facebook currently. I’m having a bad time with recovery. See you on the flip side.”

His daughter, Sage, writes on his Facebook page that in the late afternoon, “my dad and I FaceTimed and a few more hours passed and he is gone. Grateful for the countless hours we spent around the clock with him in the hospital after he took the first fall, breaking neck and back.”

The Ventura County Reporter in August 2016 published a cover story on Salzer to commemorate his 50th anniversary in retailing.

Salzer’s first music store, according to the article, opened in 1966 in South Oxnard, Calif., but lasted only six months. One of his early customers was Jimi Hendrix, who came in to buy a new amp.

After several more moves Salzer’s  Old Fashioned Mercantile opened in 1972 at its present location, just west of the 101 freeway. When the home video industry began in the latter part of that decade, Salzer joined the growing throng of music retailers who began renting movies issued on the VHS videocassette.

The home video industry grew rapidly, and in 1980 Salzer opened a standalone video rental store in a former gas station across the street from his record store. “Salzer originally intended the space for parking, but the popularity of video convinced him to turn it into a retail outlet,” according to the VC Reporter. One of his first customers was Steve McQueen.

Salzer in the 1990s had served on the board of the Video Software Dealers Association (VSDA), the home video industry’s trade association, and was a fixture at the VSDA’s annual summer conventions, which were mostly held in Las Vegas.

Before venturing into retail more than 50 years ago, Salzer was a concert promoter, producing shows in Ventura, Santa Barbara and elsewhere in Southern California by the likes of Jimi Hendrix, Led Zeppelin, the Doors, Jefferson Airplane and Buffalo Springfield.

Fellow retailer Monty Winters wrote on Facebook, “I am heartbroken to hear of the passing of one of my dearest friends. … I am so glad we spoke last week. What an incredibly generous man. A great father, husband, grandfather, businessman, rock promoter, and community activist. When I was thinking of opening my video store in the early ’80s, I called Jim in California and we talked for hours about the video biz. He sent me blueprints for the fixtures I used in my video stores. … OMG, the stories this man could tell about Jim Morrison/The Doors, Jimi Hendrix, Led Zeppelin, The Rolling Stones, James Brown, and many others.”

A native of Chicago, Salzer was 78. He is survived by his wife, Nancy, and children Sage and Brandon.