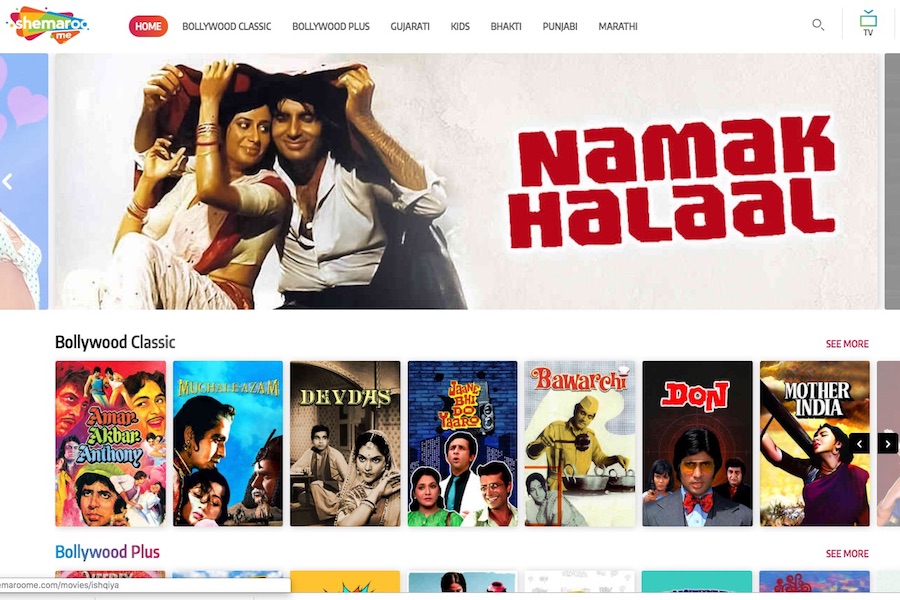 Shemaroo Entertainment Limited, one of India’s leading integrated media content houses, has entered the U.S. market with the launch of its OTT video streaming  service, ShemarooMe.

“Building on its vast content library and expertise gained over the past 57 years and in more than 30 countries, ShemarooMe will give Indian American audiences on-the-go access to the company’s exclusive portfolio of Bollywood, regional language, devotional and children’s content,” according to a company press release.

Shemaroo unveiled the streaming service in India earlier this year.

“As the second largest group within the Asian American population that has the highest household income as well, Indian American audiences will remain a sizeable growth opportunity for digital entertainment companies,” according to the release.

Indian American consumers can choose from seven content categories: Bollywood Plus, Bollywood Classic, Gujarati, Punjabi, Marathi, Kids and Bhakti (devotional) through two subscription options. The customizable, individual category plans are priced at $4.99 per month/$49.99 each per year, and the all-access plan is priced at $9.99 per month/$99.99 per year.

“As a company we’ve always understood the pulse of our diverse audiences, and our history is a testimony to that,” said Shemaroo CEO Hiren Gada in a statement. “We are excited to extend our content offerings to loyal fans of Indian entertainment in the U.S. with a host of integrated features such as linear channels, live streams and video-on-demand services. With this launch, we look to further build strategic partnerships in the world’s leading OTT market.”

The ShemarooMe OTT app can be downloaded through Google Play, the iOS App store or online at http://shemaroome.com/, and will soon be available on Amazon Fire TV Stick, Apple TV and Roku, according to the release.