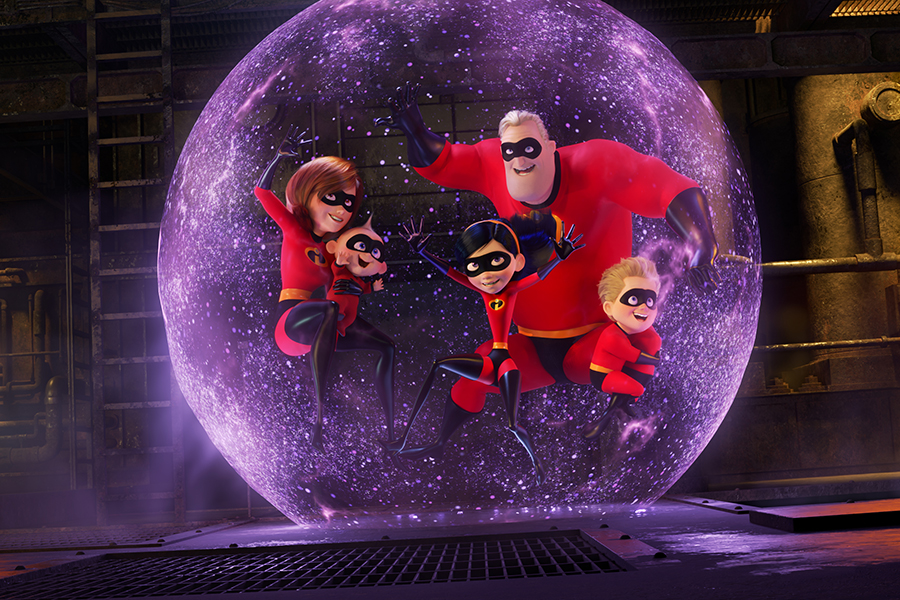 The animated superhero film is a sequel to 2004’s The Incredibles and the latest blockbuster from the Pixar Animation Studio. Incredibles 2 became the all-time top animated movie at the domestic box office with a $608 million haul, and the No. 2 animated movie worldwide all-time with $1.2 billion.

Another Disney title, Christopher Robin, bowed at No. 2 on both charts. The live-action take on “Winnie the Pooh” featuring a grown-up version of the bear’s childhood friend earned $99 million at the domestic box office. Christopher Robin sold 26% as many copies as Incredibles 2.

A third Disney-owned movie, Marvel Studios’ Ant-Man and The Wasp, dipped to No. 3 on both charts in its fourth week.

Universal Pictures’ Mamma Mia! Here We Go Again, which topped the overall disc sales chart the previous two weeks, dropped to No. 4 on both charts.

Sony Pictures’ Hotel Transylvania 3 took No. 5 on the overall sales chart, while Universal’s Jurassic World: Fallen Kingdom was No. 5 on the Blu-ray chart.

Disney’s Hocus Pocus, which had been entrenched in the No. 3 spot for more than a month, dropped to No. 12 now that Halloween has passed. Now Christmas titles are starting to re-appear with that holiday just around the corner, such as Warner’s The Polar Express re-entering the charts at No. 17. And Warner’s animated How the Grinch Stole Christmas climbed to No. 19, thanks to a recent re-issue of the 1966 special on DVD and Blu-ray.

Netflix has released the second season of “Stranger Things” on disc available exclusively at Target stores, and it debuted at No. 15 on the overall chart and No. 7 on the Blu-ray chart. The only retail configurations of Stranger Things 2 are a Blu-ray/DVD combo pack and a 4K Ultra HD Blu-ray combo pack. The UHD version accounted for 23% of its total unit sales.

Blu-ray Disc accounted for 79% of first-week Incredibles 2 unit sales, with 9% of its tally coming from 4K Ultra HD Blu-ray. Christopher Robin had 71% of its first-week sales come from Blu-ray.

The Media Play News rental chart for the week ended Nov. 11 also saw Incredibles 2 take the top position, pushing Lionsgate’s The Spy Who Dumped Me to No. 2.

Ant-Man and The Wasp was No. 3, followed by two movies from Universal Pictures — BlacKkKlansman at No. 4 and Skyscraper at No. 5.