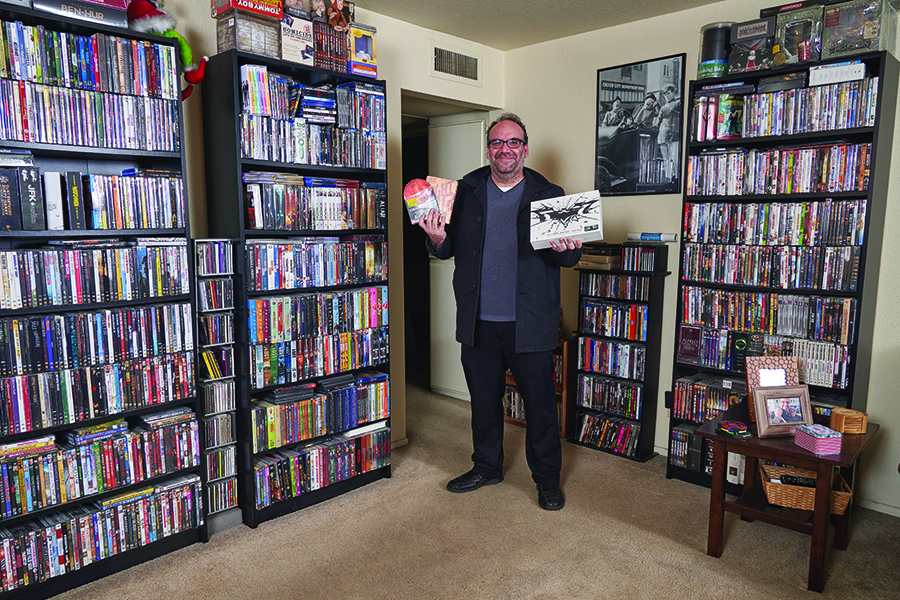 Shant Istamboulian shows off his collection of more than 10,000 discs. (Photo by Bobby Quillard)

8 thoughts on “In Defense of the Disc: DVD, Blu-ray Disc Collectors Speak Out”