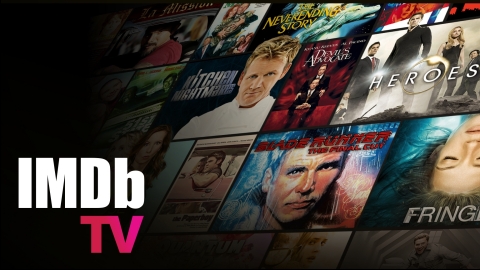 “With IMDb TV, viewers have discovered TV the way it ought to be — a free collection of premium TV shows and movies available anytime,” Mark Eamer, VP of IMDb TV. “We deliver a top quality discovery experience that makes it easy to be entertained. With more titles than ever before coming to IMDb TV and our upcoming European expansion later this year, we’re excited for customers to tune in and enjoy all that IMDb TV has to offer, all at no cost.”

In addition to being available in the U.S. on the IMDb website and as a free channel within the Prime Video app across hundreds of devices, IMDb TV is available on Fire TV, the #1 streaming media product in the U.S. with over 34 million active users worldwide. Fire TV customers in the U.S. have enjoyed IMDb TV since it launched earlier this year, and this free service has quickly become one of the top ad-supported apps on Fire TV.

“Our Fire TV customers are always looking for compelling content at a great value. In fact, usage of free, ad-supported apps has increased by over 300 percent in the last year,” said Marc Whitten, VP of Fire TV. “IMDb TV brings some of the best free content into the living room and we’re excited that our U.S. customers now have access to even more free TV shows and movies through the app and that customers in Europe can soon enjoy this great service on the biggest screen in their home.”

One thought on “IMDb TV Going to Europe, Adding Content”