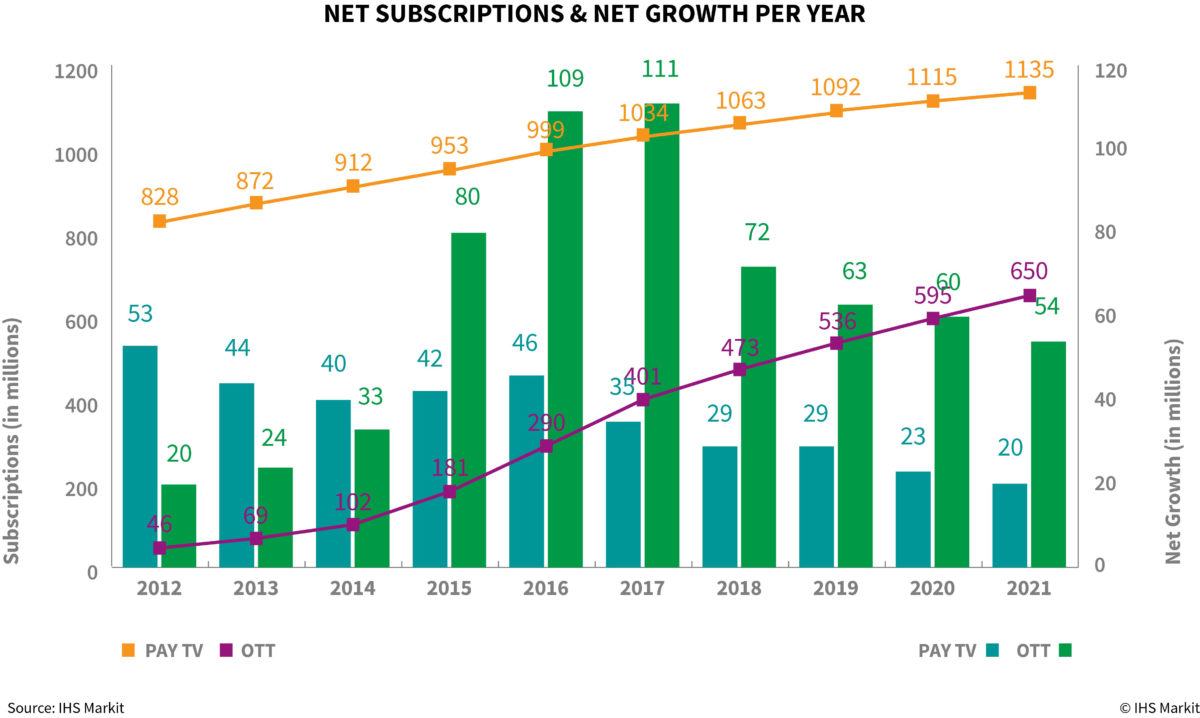 OTT video may be all the rage, but pay-TV continues to hold its own globally.

Digital pay TV subscriptions globally, including cable, satellite, telecom and online TV, exceeded one billion for the first time in 2017, according to new data from IHS Markit.

Western Europe added eight OTT subscriptions for every pay-TV addition, while in Central and Eastern Europe the number of OTT and pay-TV additions were equal. Overall pay-TV growth was fueled by the Asia-Pacific region and China – the latter driven by online TV.

While OTT penetration remains low in the Middle East and Africa, the region will grow rapidly in the coming years, as both international and local players leverage their original content and partner with local pay-TV operators and telecoms, said Irina Kornilova, principal analyst of home entertainment.

“We expect to see OTT subs growing globally over the next five years, as Amazon and Netflix continue to invest in local and localized content, and as [online TV] operators start to appear and grow outside the U.S.,” she said.

“Pay-TV services in North America continue to be affected by cord cutting, primarily due to higher average prices for pay-TV subs, compared to other global regions,” Begum said.