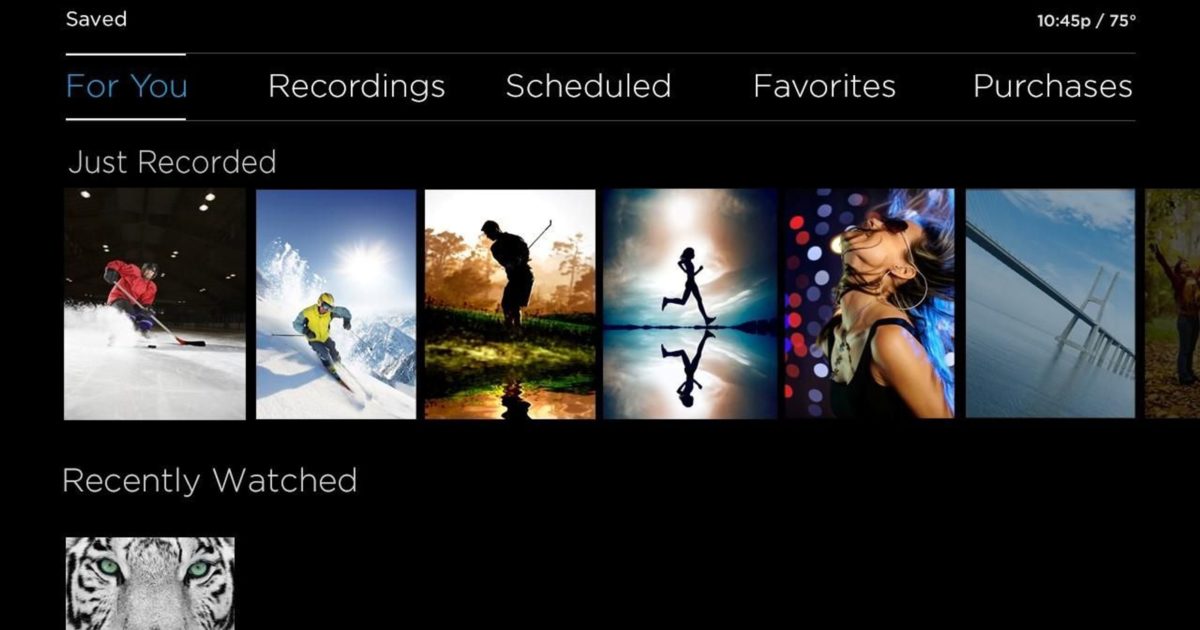 Voice-activated consumer electronics in the home is growing in popularity.

New data from IHS Markit found that 22% of Internet users across four markets – the United States, United Kingdom, Australia and India – use voice-command software to operate their TV and video devices, including smart TVs and set-top boxes. Another 30% are interested in doing so in the future.

Next to content recommendations, content discovery and navigation is vital for video services as 20% of video cancellations are due to a perceived lack of available content, according to IHS.

The most common reasons for cancelling video servicesfrom an online survey of 9,636 Internet users in Australia, India, the U.K. and the U.S. conducted in November 2018, included cost, lack of use and lack of available content.

Indeed, IHS found that the burgeoning amount of content available across media devices puts the user experience at the forefront of device and platform strategies, including discovery, recommendations and navigation.

Voice command functionality represents an increasingly important element in content discovery, as it allows users to not only search for content, but also control the video interface in some instances. Consumers already using voice commands on video are more likely to own connected living room devices, which indicates they may already have access to large content libraries across various services and devices. 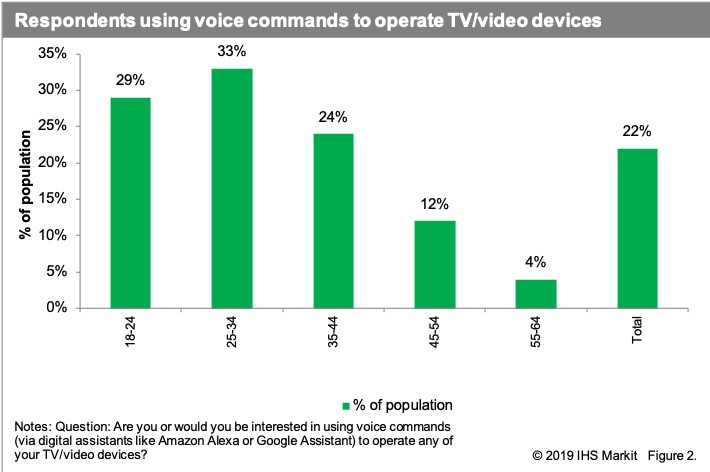 London-based IHS found respondents using voice commands to operate video devices are more likely to own, or at least have access to, connected devices that allow access to over-the-top (OTT) video. These devices include smart TVs, games consoles and media streaming sticks.

Voice-command use peaks among 25-to-34 year olds, compared to all adults aged 18 to 64. Older age groups continue to use traditional methods of content discovery, and many are not engaging with all the features and content available to them

“Content catalogs are a key reason consumers subscribe and engage with video services, so ensuring the right content makes it to consumer TV screens is increasingly important,” analyst Fateha Begum wrote in her report.“Easing navigation and improving personalization are critical ways to increase value to video consumers, so large content catalogs don’t become burdensome to the user experience.”

Begum said voice functionality is a key element for device manufacturers – particularly within home entertainment. The ability for devices to communicate and control other devices has become evident, as brands are increasingly launching proprietary digital assistants, according to the report.

“For TV providers, innovating in the areas of content discovery and recommendations is a means to ensure their content is easy to find, driving greater value and  ultimately reducing customer churn,” Begum wrote. “Pay-TV operators have an advantage over most OTT streaming services, because they can manage the user experience on the set-top box and can ensure their own content is prioritized on the platform.”