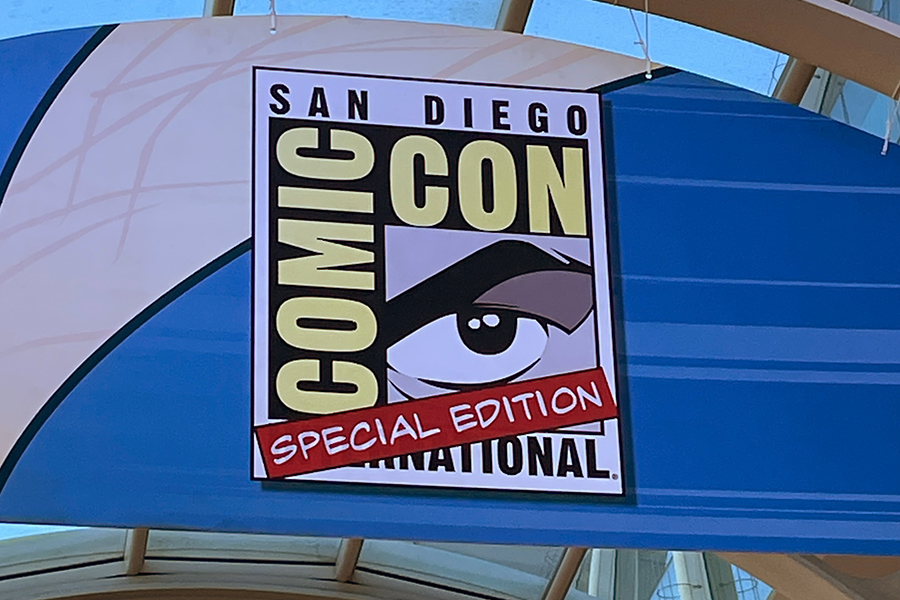 The biggest absence: Hollywood, whose ever-increasing presence at the pop-culture event the past 15 years or so to promote the latest genre movies and TV shows turned Comic-Con from a relatively casual fan gathering into a frenzy of crowds and lines. With Hollywood sitting this one out, they may as well have called it “Comic-Con Retro Edition,” bringing the event closer to its roots when it was more about comic books and collectibles, giving it a more relaxed vibe akin to what it must have been like decades ago.

The cavernous Hall H, home to Comic-Con’s biggest presentations for 6,000 rabid fans, was instead the staging area for badge registrations and pick-ups (following a check of vaccination status outside). Gigantic lines were almost non-existent, and at the few spots that did attract crowds, the lines were short and manageable.

The exhibit floor, while well attended, wasn’t packed elbow-to-elbow, allowing for an as-close-to-leisurely stroll through the booths as these things are likely to allow. There was a lot of unoccupied space on the floor, and a few booths were unused — quite the contrast to the jam-packed excitement of peak Comic-Con.

Heck, even the attendee badges sported plain lanyards, not sponsored by the latest trendy cable show. And every building within a half-mile of the convention was not draped with advertising for new movies and TV shows.

In other words, like pretty much any fan convention regularly held around the country that doesn’t get much press without the participation of Hollywood studios.

That isn’t to say CCSE wasn’t altogether lacking, and Hollywood would still make its presence felt.

Among the few home entertainment outlets in attendance was Full Moon Features, which had a booth where fans could buy DVDs and Blu-rays, and get free boxed sets for signing up for a year’s subscription to Full Moon products.

Across the street from the convention center, NBC set up a walk-through display of the setting for its TV series “La Brea,” about people who fall through a sinkhole in Los Angeles and end up in a prehistoric world.

In the massive lawn between the convention center and the Hilton Bayfront Hotel, often the site of an ad hoc carnival of pop-culture goodness, sat a single point of interest: A purple bus designed to promote Tubi’s “The Freak Brothers.” Sitting alone in the middle of the field, the bus offered photo ops, games and a lounge to recharge phones and other devices. Fans could collect free character posters and mint tins. When I got there Saturday afternoon, the only people there were the PR volunteers working it. They showed me around, and the intermittent activity must have sparked some curiosity as some other fans wandered over to check it out.

Hollywood’s biggest impact on the weekend came from HBO Max, which was heavily promoting its upcoming “Peacemaker” TV series, a spinoff of The Suicide Squad that debuts on the streaming service Jan. 13. “Peacemaker” had one of the few mega-banners on the side of a local skyscraper, and promoters had set up a fun little activation area in the Gaslamp district that was attracting a notable crowd. And why wouldn’t it have been — they were offering free food! The area had a food truck giving out free water and a selection that included hotdogs, French fries and mac & cheese. There were a few photo op displays, and the centerpiece was a replica of Peacemaker’s trailer, dubbed “Peacemaker’s Proving Grounds,” where fans could engage in mock gunfight on an obstacle course.

But there wasn’t a big “Peacemaker” panel or screening. Instead, Star John Cena made a surprise appearance at Saturday night’s Masquerade, Comic-Con’s annual costume contest. In character as Peacemaker, Cena thanked the fans for their support and showed a trailer for the show.

In fact, most the panels had a much more populist feel to them, rather than the aura of official PR presentations. There were plenty of creatives on hand, but their discussions seemed to lean more toward the educational rather than the promotional. It seemed much more about fans coming to discuss their favorite content, rather than being bombarded with hype.

I managed to stop by a pair of panels back-to-back in the same room focused on the fandoms of “Star Trek” and “Alien,” respectively, Interestingly, the “Alien” presentation drew the bigger audience.

Of course, without the larger rooms being utilized, any panel with a modicum of interest was bound to draw a crowd. One panel set for Saturday afternoon featured the stunt team from Marvel’s Shang-Chi and the Legend of the Ten Rings discussing their work from the film, which arrives on Blu-ray and DVD Nov. 30, just days after the convention. The late addition to the panel of Andy Le, the actor who played Death Dealer, only made the panel more of a highlight in the program. Unsurprisingly, the line for the room stretched down the hall, a nascent reminder of what Comic-Con becomes when Hollywood does get involved.

And in a way, that tiny constant in these uncertain times was almost reassuring. 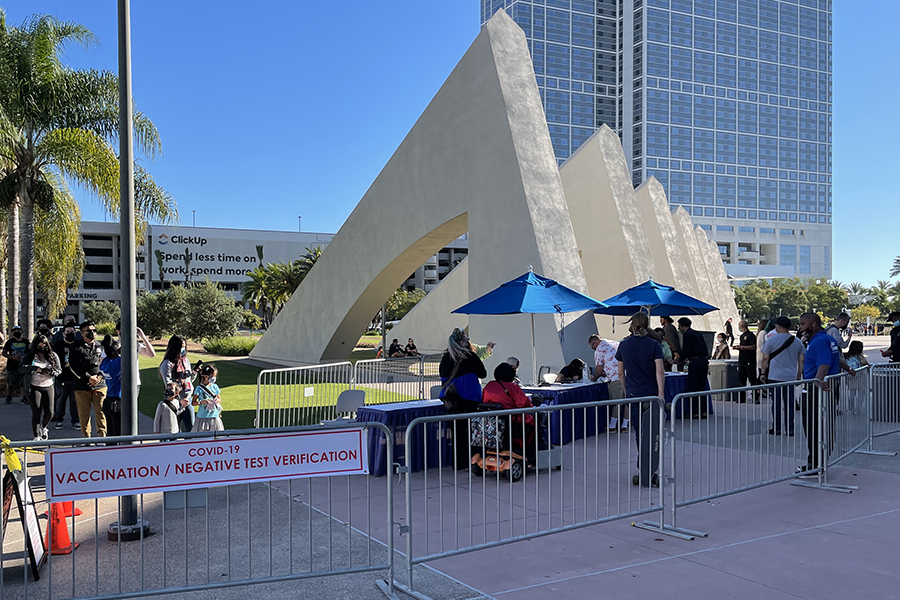 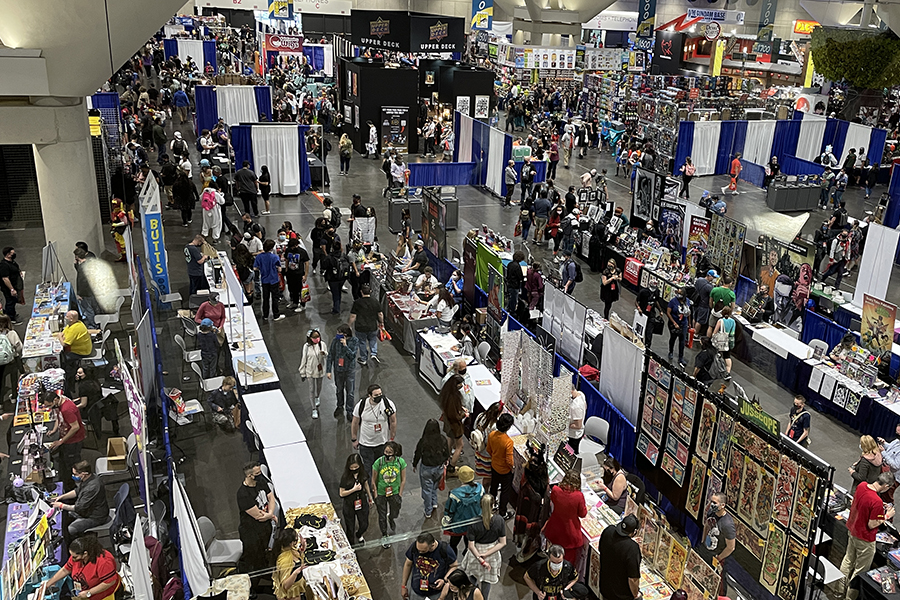 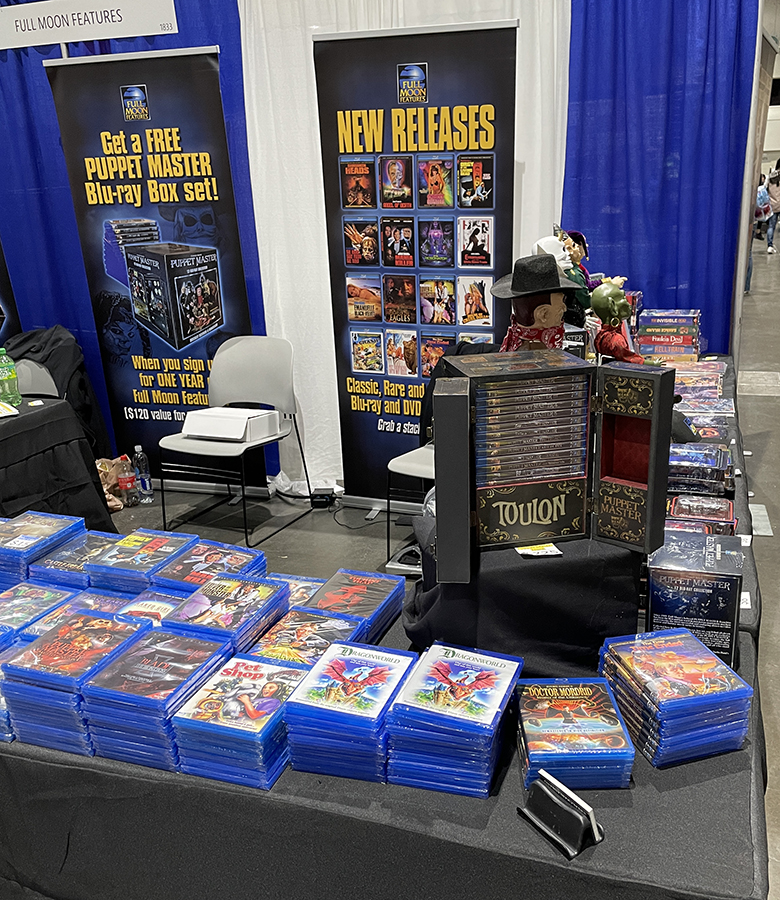 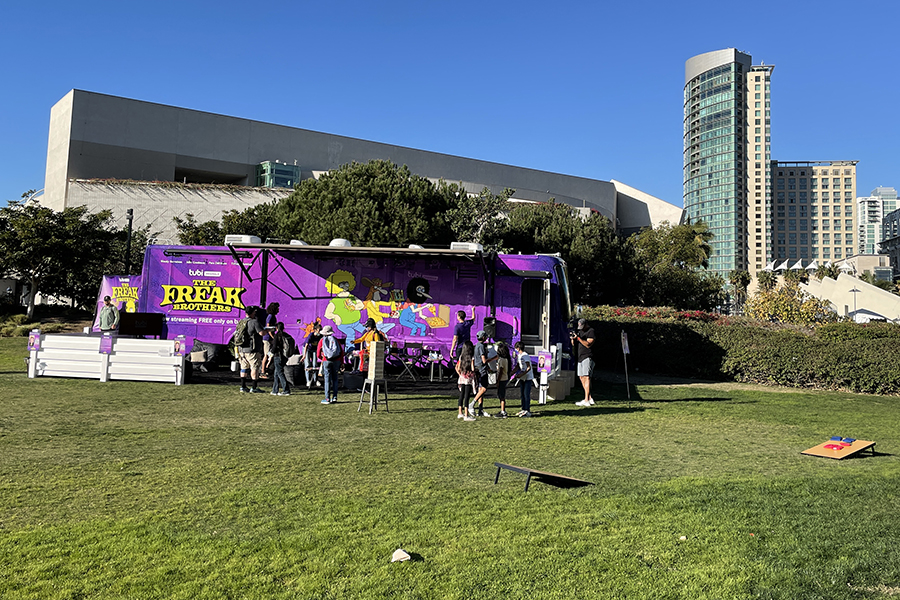 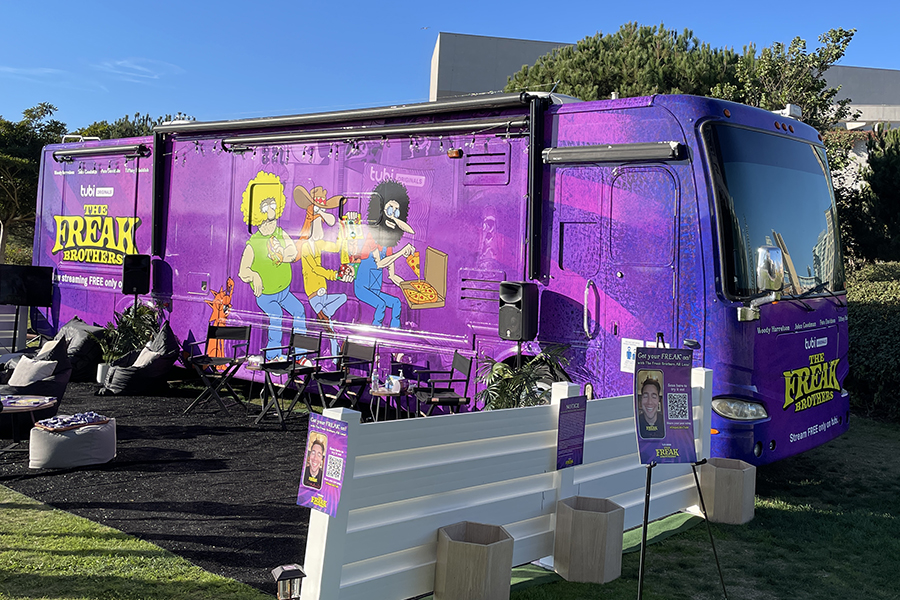 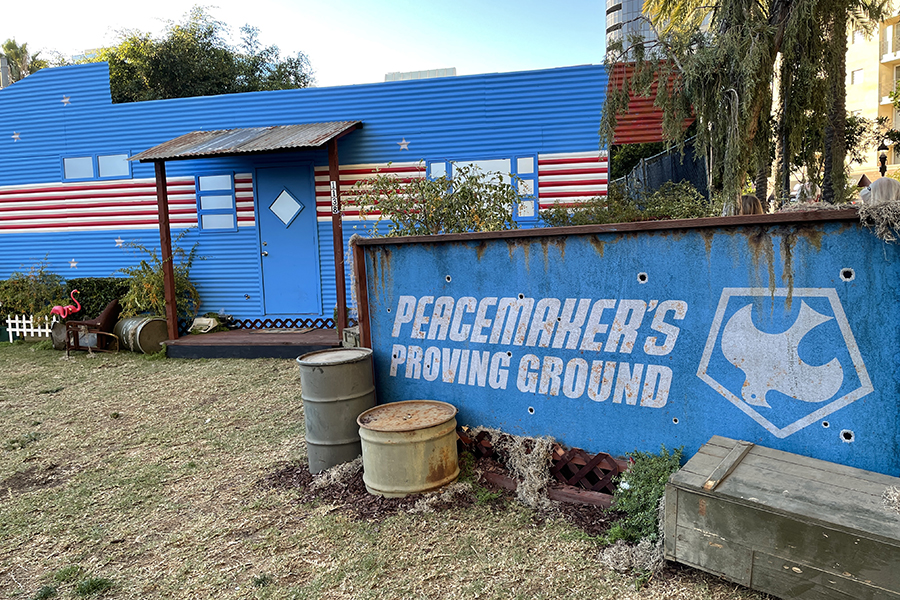 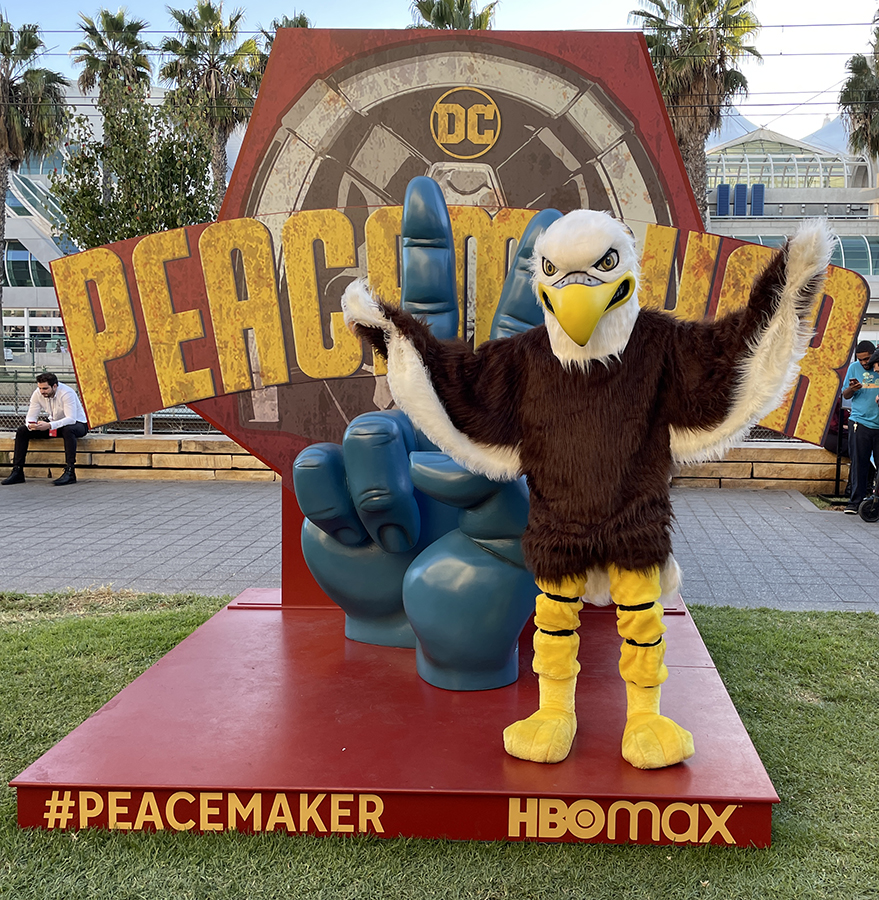 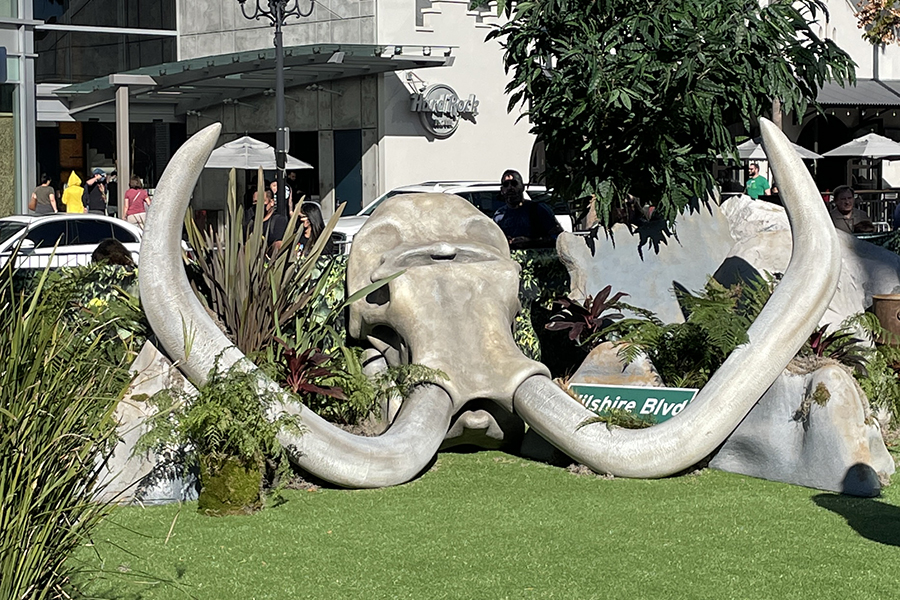 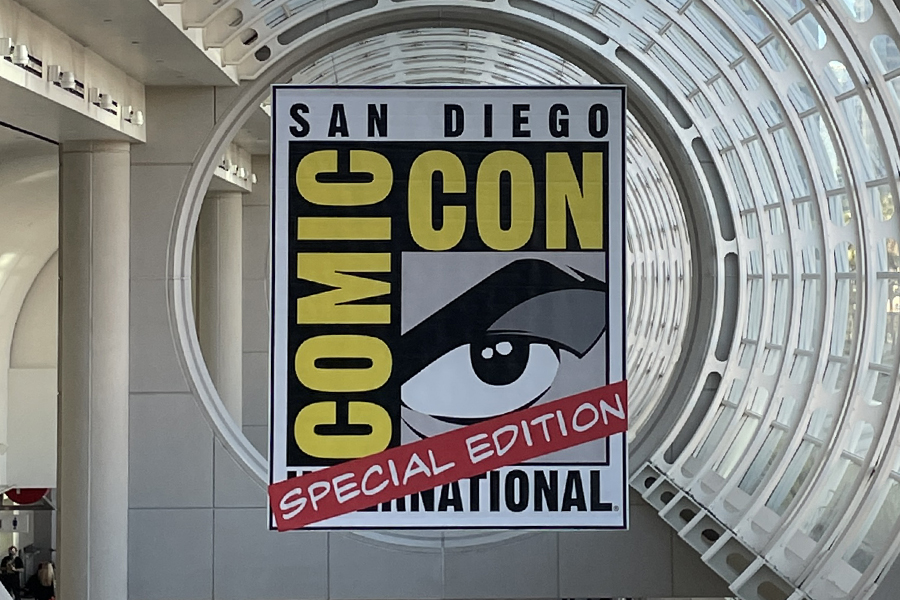