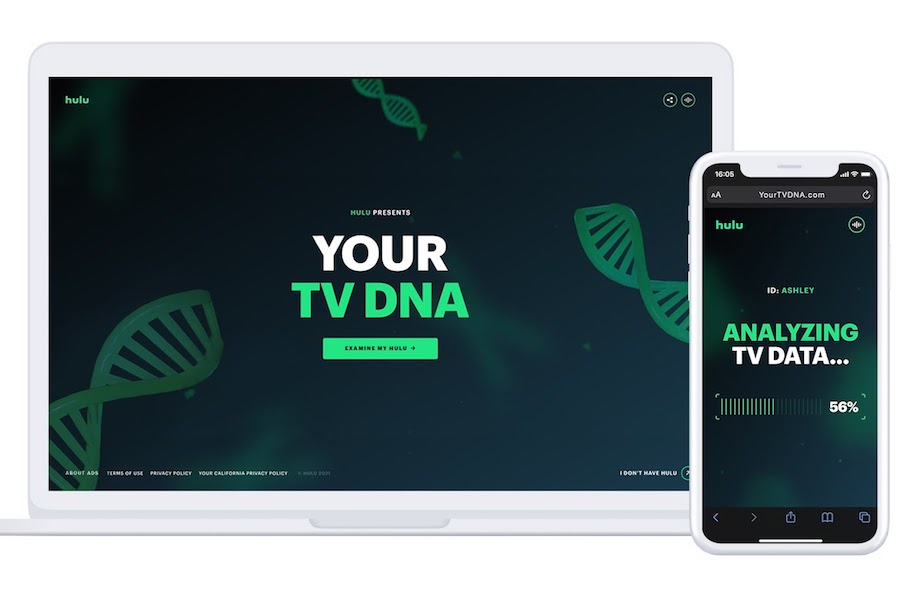 This year, for the first time, Hulu is giving subscribers the opportunity to request to see their own “viewing DNA” and the tools to share, should they so choose, their streaming habits.

Subscribers can visit YourTVDNA.com and request to see their personalized Hulu viewing habits throughout 2021, breaking down everything from their most-watched genres to how many films and episodes they streamed.

Overall, among Hulu Originals in 2021 “Only Murders in the Building” was Hulu’s most-watched comedy series, “The D’Amelio Show” was the most-watched unscripted series and “Nine Perfect Strangers” set a record as Hulu’s most-watched series ever. Hulu Originals dominated this year’s overall viewing hours, with “Nine Perfect Strangers,” “Only Murders in the Building,” “The Handmaid’s Tale” and “The New York Times Presents Framing Britney Spears” taking 19 of the top 20 most watched episode slots. Subscribers spent the most hours watching season four, episode three, of “The Handmaid’s Tale,” making it the most-watched episode of any original in 2021.

Adult animation was the No. 1 genre based on hours watched. The most-streamed day of 2021 was Sunday, Jan. 31, in part because of subscribers waking up to watch the previous evening’s “Saturday Night Live” episode hosted by John Krasinski, according to the service.

Shrek (celebrating its 20th anniversary in April), Sonic the Hedgehog, The Croods: A New Age and Trolls World Tour were among Hulu’s top movies in 2021. Rounding out the list was Vacation Friends, which was Hulu’s most watched original film in its opening weekend.

Four of Hulu’s top 10 Live programs in 2021 were dedicated to sports. The NFL, college football, SportsCenter and MLB together accounted for the majority of Live hours watched. Once again, pro football reigned supreme this year, with Super Bowl LV: Chiefs vs. Buccaneers as the top live-streamed sports event.