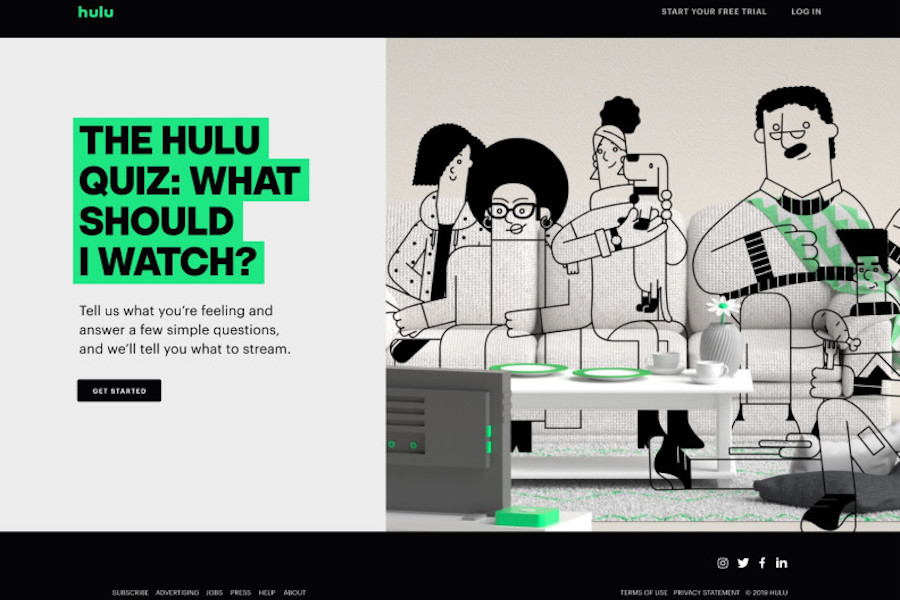 Hulu is launching a new quiz to help viewers find content to watch on the service based on questions they answer about their current feelings.

The quiz for both subscribers and non-subscribers gives users a personalized recommendation from more than 600 TV shows and movies. The four-question quiz produces a recommendation that allows Hulu subscribers to begin streaming directly from the site or add to “My Stuff” for viewing later. Additional recommendations are a click away with the “Give Me Another” button. For those watching as a family, suggestions will focus on only kid-friendly content.

“With so many people spending more time at home, it’s probably no surprise that TV streaming is on the rise,” read a Hulu press release. “In fact, binge viewing on Hulu has increased by 41% since the beginning of March and on average, our viewers are watching nine different titles in a given week — up 26% compared to the same time last year.”

The quiz is at whatshouldiwatch.hulu.com. 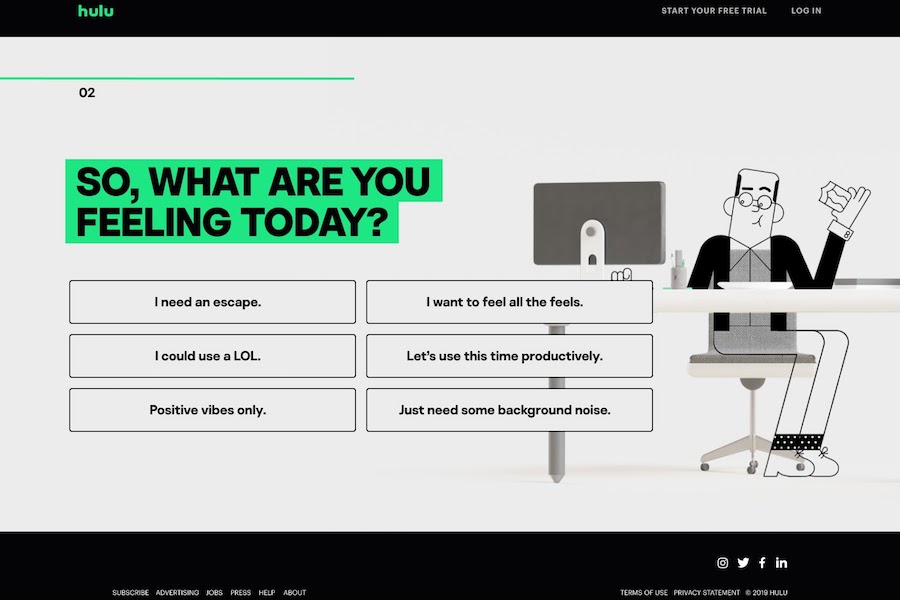