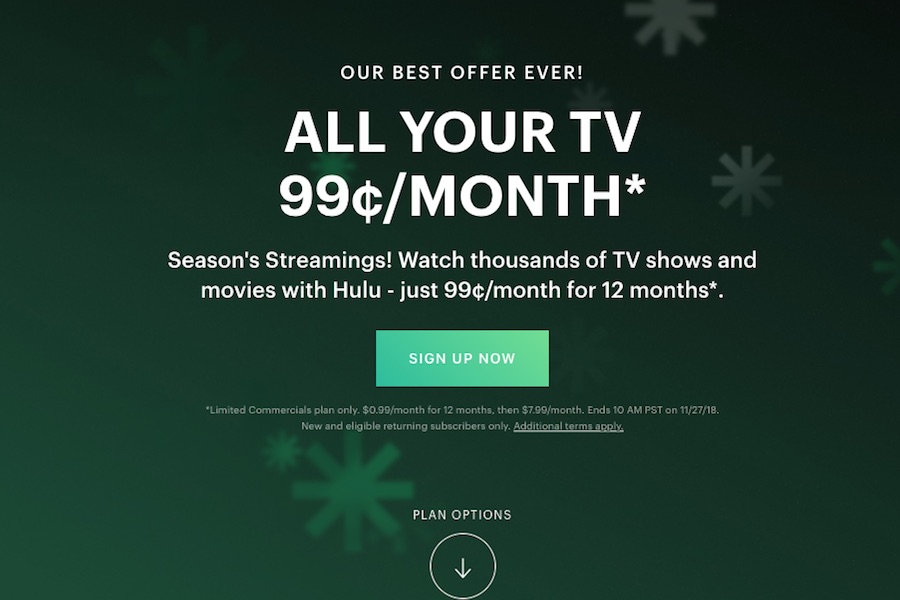 Online subscription service Hulu extended its Thanksgiving weekend deal of 99 cents per month for a year through 10 a.m. PST Nov. 27.

The deal is for the limited commercials plan only.

The offer is good to new subscribers and eligible returning subscribers who have not been Hulu subscribers in the past 12 months.