A large majority of homes in the United States (83%) have an “enabled” (internet-connected) smart-TV or streaming media player, according to a new study from Hub Entertainment Research.

The study, “Streaming TV: Built-In vs Plugged-In?,” also found most homes (44%) own both types of devices. At the set level, the study found more than half (57%) of all enabled smart-TVs have a streaming media player, such as a Roku or Fire TV (via a box or stick plugged into a TV set), attached to them. 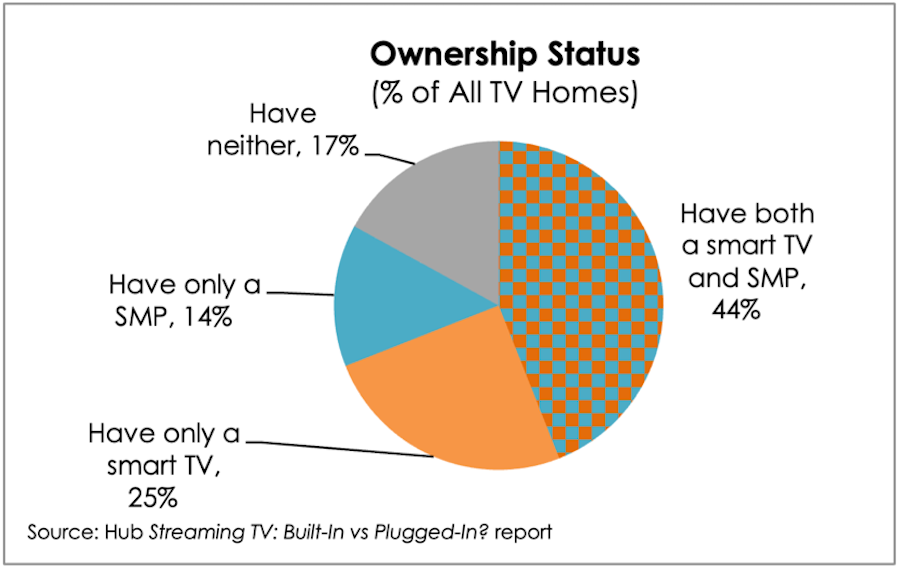 The study showed that in almost all facets, behaviors are very similar whether using a smart-TV or a streaming media player. Both can act as a gatekeeper between the viewer and content, Hub noted. One way is through the home screen of the device. About half of viewers use the options on the device’s home screen to search for or select content, rather than going directly into apps. 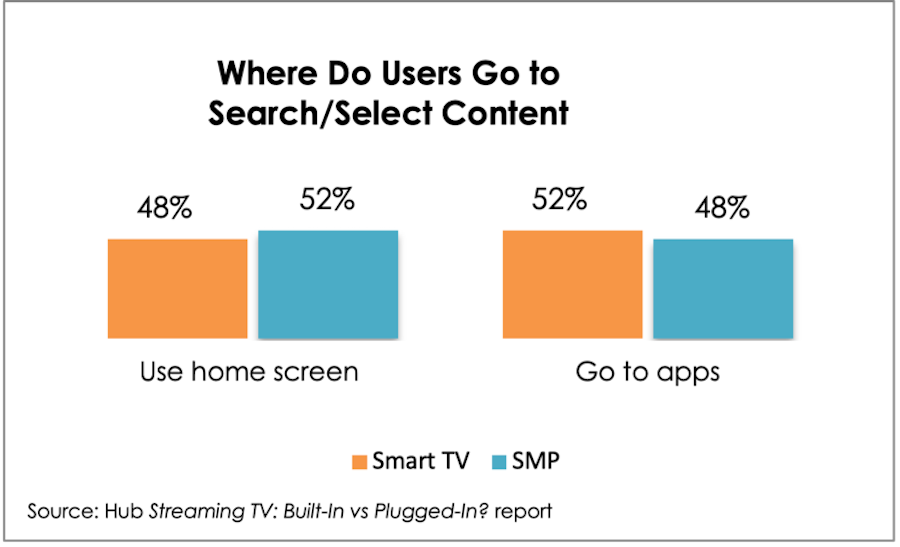 These features give device manufacturers a strong influence in what content is selected for viewing, whether it’s through recommendations or promotional ads on the home screen, or reducing viewing decision to a one-click button, according to Hub.

“The question of ‘built-in vs plugged-in’ is surprisingly revealed in this study to be ‘it doesn’t really matter.’ Whether people are using a smart TV or a streaming media player, their habits are very similar,” David Tice, senior consultant to Hub and co-author of the study, said in a statement. “In the short term, both devices are going to co-exist — streaming media players are a long way from being replaced by smart TVs, and can’t be ignored.”

The “Streaming TV: Built-In vs Plugged-In?” report was based on a survey conducted among 2,517 U.S. consumers. Interviews were conducted in August 2022.