Netflix reached a saturation point as a default choice for content selection in 2018 and has been fluctuating around that level ever since. Rival streaming services have made consistent gains, and in combination are now just 7 percentage points behind.

“At a time when the typical TV consumer uses an average of 7.4 different sources of TV content, simple penetration of a service in the marketplace is no longer a reliable measure of long-term service success,” Peter Fondulas, principal at Hub and co-author of the report, said in a statement. “A much better predictor is how much consumers engage with each service they have—and in particular, which they consider their TV viewing home base.” 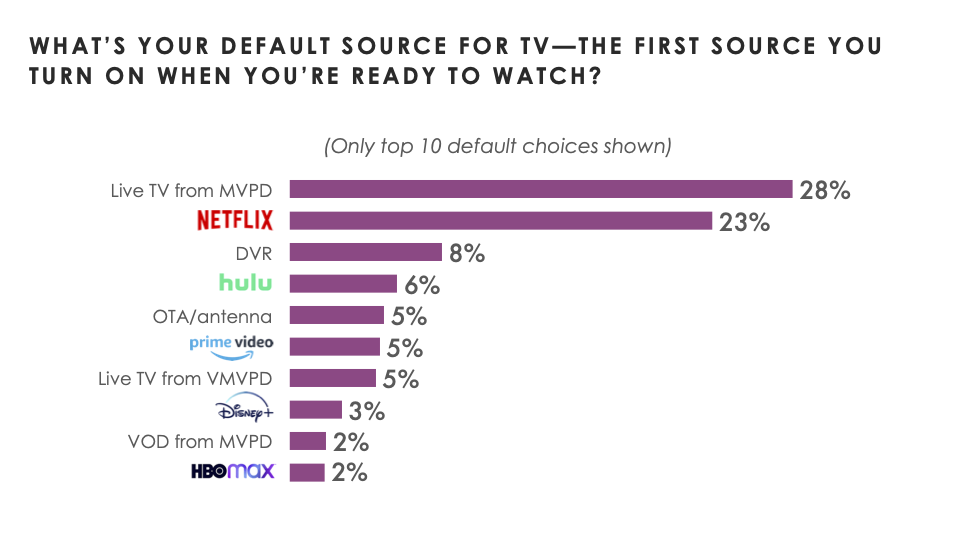 The report also found that the age of the viewer plays a big role in which distribution channel is first activated for content consumption. Among 18- to 34-year-olds, 38% of survey respondents make Netflix their first viewing choice — more than three times the proportion who default to a traditional pay-TV source.

At the same time, 50% of those 55 and older first turn to pay-TV linear channels, five-times more than the percent who make Netflix their first viewing stop. 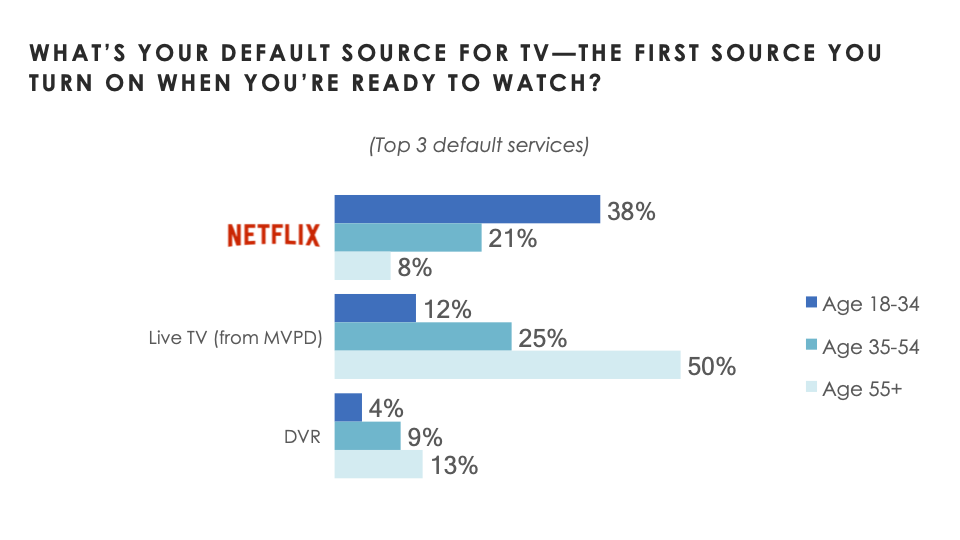 Although content from traditional TV still hangs on to a slim lead as the top individual default source, online sources in general dominate traditional pay-TV sources, according to Hub. And that dominance has increased since even last year: 57% make an online source their TV home (up from 55%) last year, while 38% default to a source from a pay-TV or VOD (down from 39%). 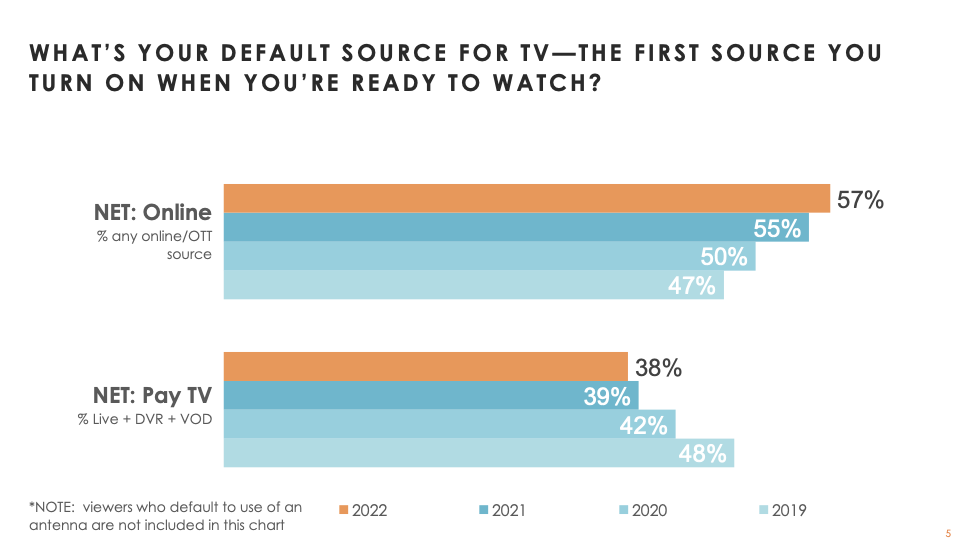