Hub attributes the increase to the launch of new streaming platforms; billions being spent on original content; and an enduring pandemic that continues to keep many viewers at housebound. 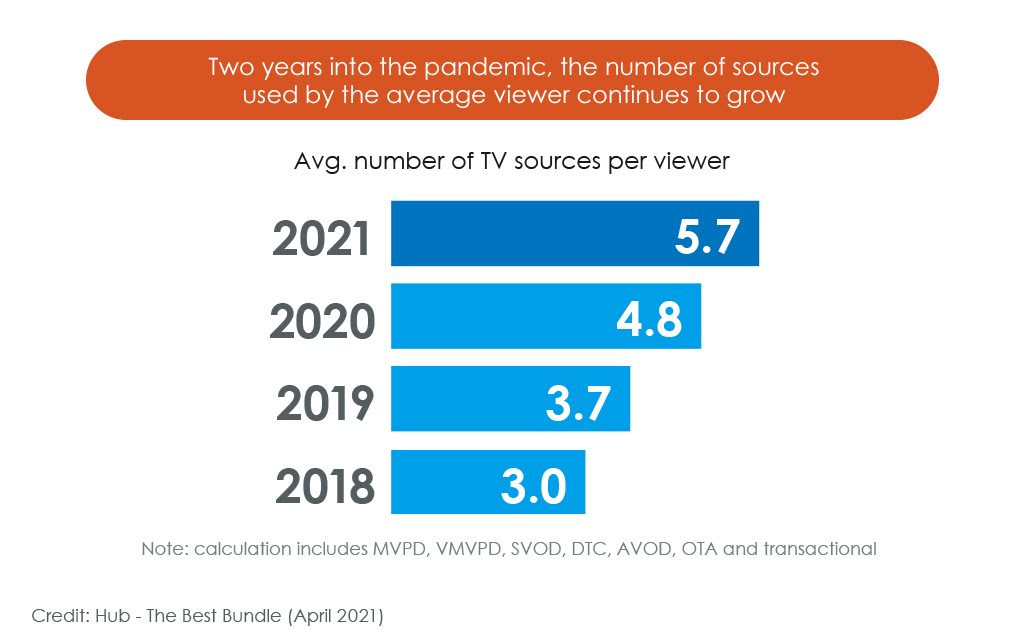 The report found that with the surge in streaming services available, 40% of consumers today use three or more of the five biggest SVOD services, which include Netflix, Amazon Prime Video, Disney+, Hulu and HBO Max. That’s up from 28% just a year ago.

While each of these platforms offers thousands of titles to select from — more TV shows and movies than the average person could watch even if they did nothing else — the fact that many people are using so many streaming platforms underscores just how tight the competition for viewers’ attention and time has become. 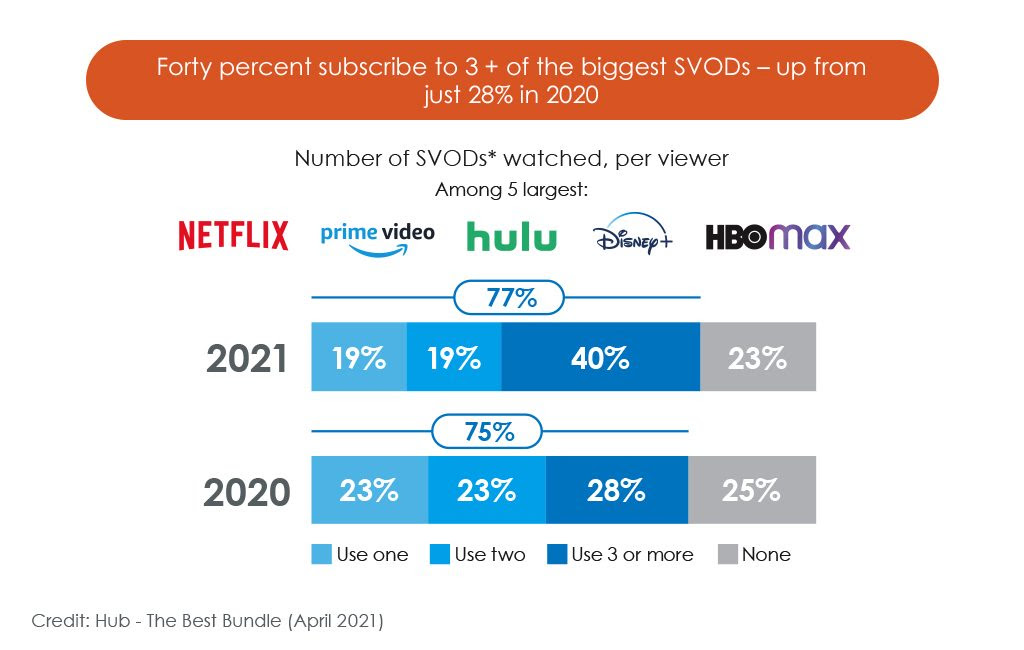 “As the TV experience evolves, SVOD ‘stacking’ has more impact than perhaps anything else,” Jon Giegengack, founder of Hub, said in a statement. “Viewers are excited about the vast amount of content to choose from. But they need an efficient way to manage all those platforms, which creates an opportunity for aggregators. And for those creating and marketing shows, the competition for each slice of disposable time is tighter than ever.”