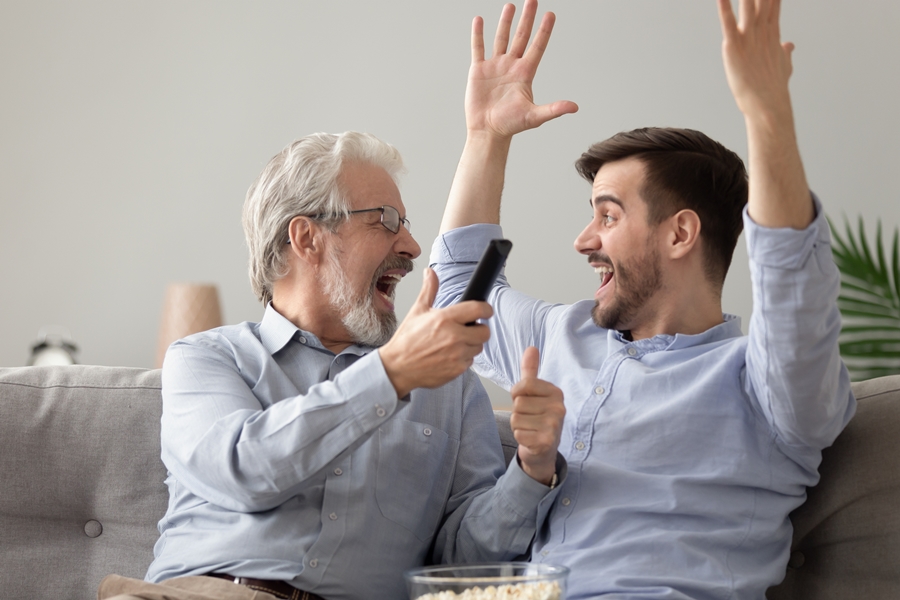 Consumer migration toward ad-supported VOD and free ad-supported streaming television continues to flourish. New data from Hub Entertainment found a 10% spike in second-quarter (ended June 30) survey respondents using ad-supported streaming video platforms such as Pluto TV, the free version of Peacock, the Roku Channel, Tubi and Freevee, among others, since the end of 2021.

The May survey included responses from 3,004 U.S. consumers who watch at least one hour of TV per week. 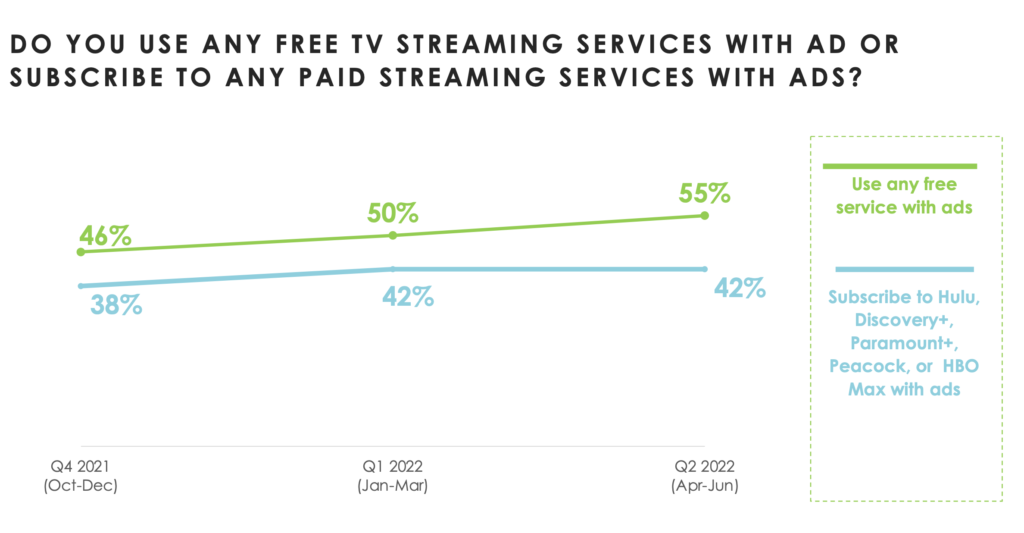 “It turns out the issue consumers had with ad-supported platforms was not the fact that they included ads at all, but how the ads were delivered,” Peter Fondulas, principal at Hub and co-author of the study, said in a statement.

Indeed, the report found that 56% of respondents said they’d rather watch ads and pay $4 to $5 less per month for a streaming service. Preference for less-expensive, ad-supported tiers over more-expensive, ad-free tiers has remained relatively stable over the past year. 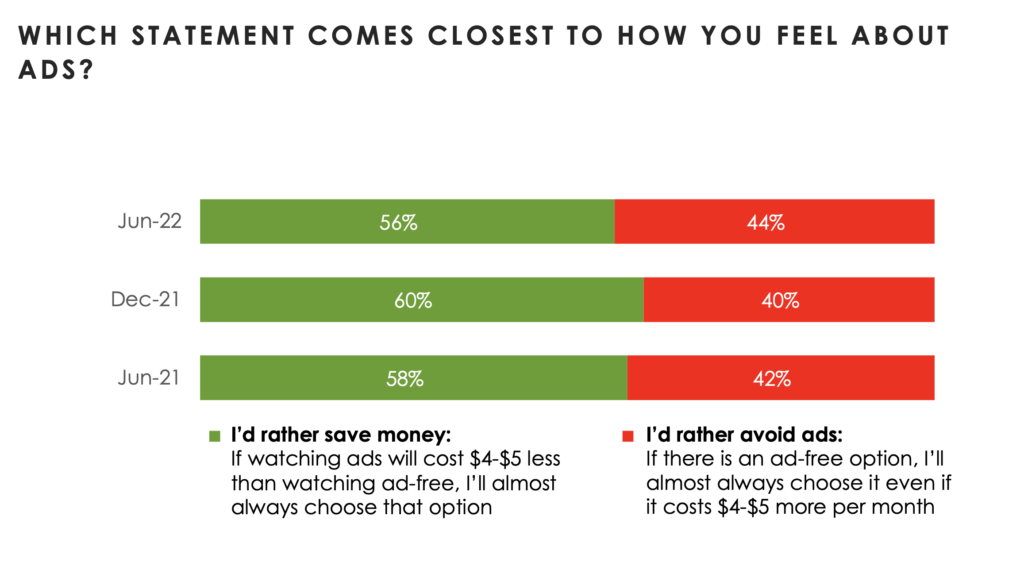 Subscribers to the ad-supported tiers of streaming services are, for the most part, equally likely to feel they get “excellent” or “good” value from the service as those who subscribe to the ad-free versions, according to Hub.

And subscribers to Discovery+ and Paramount+ with ads are actually 5% more likely than ad-free subscribers to feel those services offer excellent or good value. 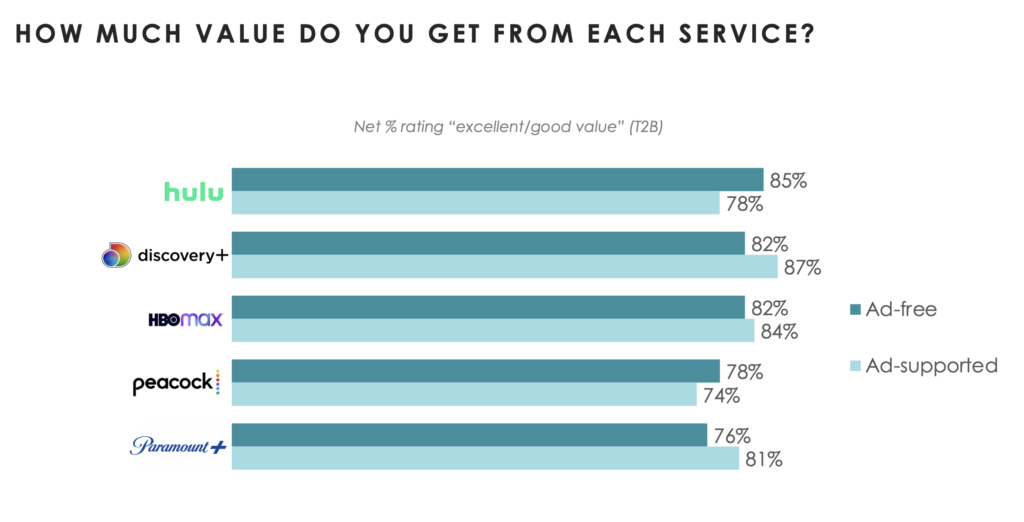 The sentiment applies to FAST networks as well. 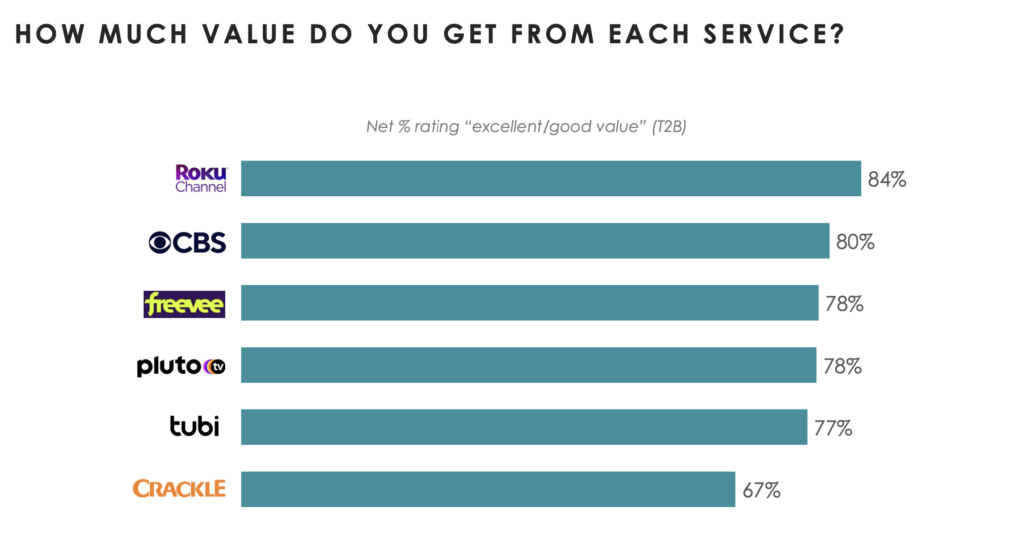 Of the respondents who said they were recent viewers of an ad-supported streaming platform, 69% said they enjoyed the entire experience of watching the show. For those who didn’t see relevant ads, viewing enjoyment was just 48%.

“With reasonable ad loads, more relevant targeting, and a quid-pro quo agreement (watch ads, pay less), the industry seems finally to have an answer to the question that has dogged it for years: how to get consumers to accept TV advertising,” Fondulas said.