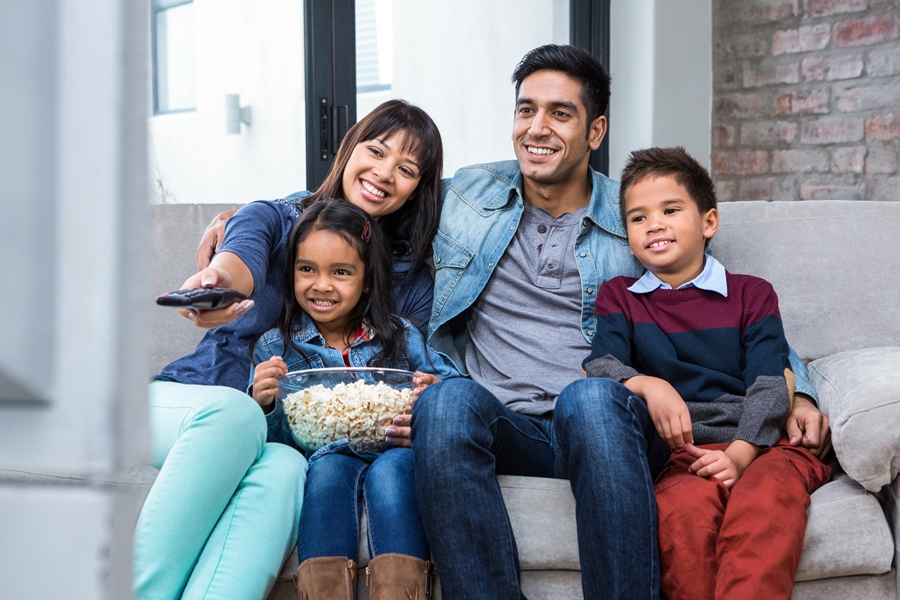 Americans have their bases covered when it comes to accessing video and television in the home. New data from Hub Research finds that the typical consumer accesses 5.7 different sources of TV content, including traditional pay-TV service, all available streaming services, and over-the-air reception through an antenna. That number jumped by nearly one full service since 2020, and is almost twice as high as it was in 2019.

The percentage of consumers using any streaming TV service is up only 2% since last year. The large jump in the average number of services is attributed to an increase in the use of multiple streaming services, and greater adoption of free, ad-supported services such as Pluto TV, The Roku Channel and Tubi, among others.

Almost 60% of all TV consumers use two or more of the top SVODs: Netflix, Amazon Prime Video, Hulu, Disney+ or HBO Max. The percent using two or more top SVODs is up eight percentage points from 2020. Some of that increase is explained by the fact that HBO Max did not exist at this point in 2020, but it still demonstrates that consumers tend to add new streaming services without dropping their existing services.

Hub found that the percent of consumers using a free, ad-supported TV service is up eight points since last year, at 48%.

Don’t expect the size of consumers’ bundles to shrink: one in 5 (21%) say they plan to add new services in the next six months. And among those who plan to add, a strong majority say they’ll add without cutting anything they have currently.

In fact, those who currently have four or more services, and who expect to add new services, are even more likely to say they’ll keep everything they have (78%) without replacing anything.

A bit over half of TV consumers feel their bundle of TV services meets their needs “very well.” But the other half aren’t completely satisfied. With an average of nearly six TV sources at their disposal, nearly half feel their TV bundle meets their viewing needs only “somewhat well” (42%) or “not at all well” (6%).