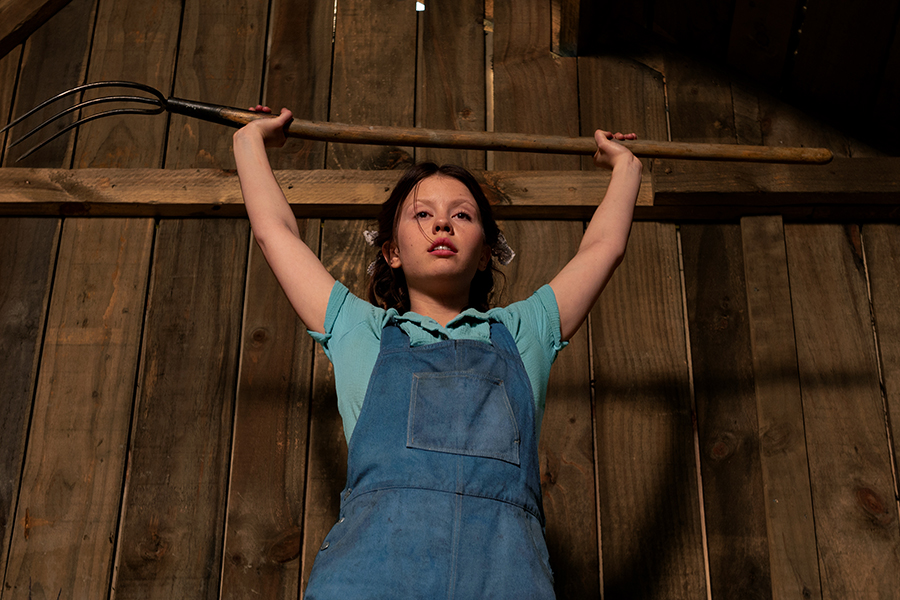 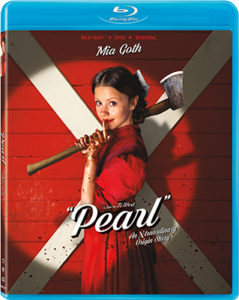 Lionsgate will release the horror movie Pearl on Blu-ray Disc and DVD Nov. 15.

Mia Goth, who co-wrote Pearl with West, reprises her role as Pearl, who was one of the elderly farmers from X, detailing how she developed a taste for murder growing up on her family’s isolated farm in the early 20th century while dreaming of a glamorous life like she’s seen in the movies.

DVD and Blu-ray extras include the theatrical and teaser trailers, and the featurettes “Time After Time” and “Coming Out of Her Shell: The Creation of Pearl.”

In addition, Walmart will offer the Pearl Blu-ray with exclusive box art.