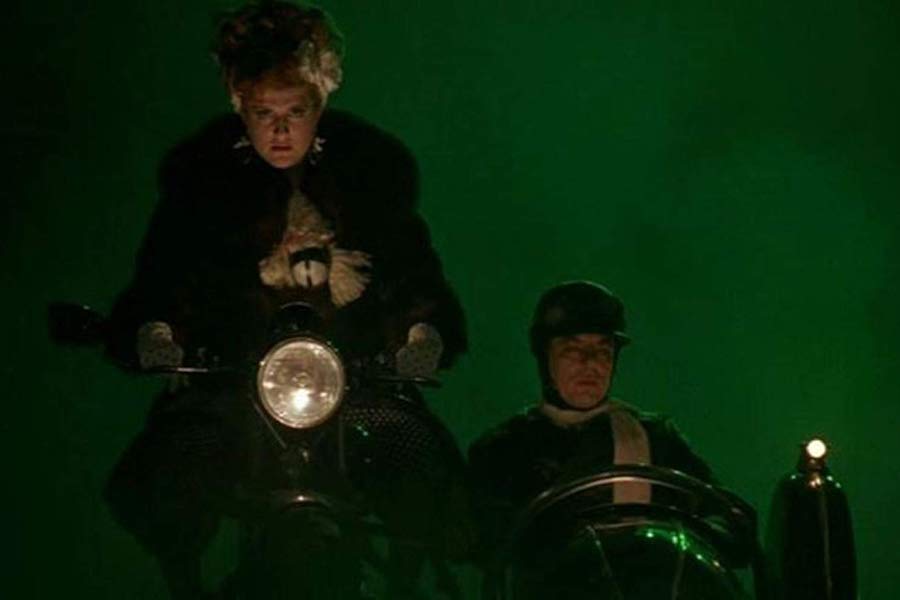 Billy the Kid and the Green Baize Vampire

The 1987 horror musical Billy the Kid and the Green Baize Vampire will come out on DVD Nov. 12 from MVD Entertainment Group. 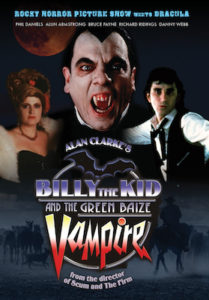 In the Rocky Horror Picture Show-type film, up-and-coming cockney snooker player Billy accepts the challenge of a grudge match from Maxwell Randall (the Green Baize Vampire), six times world champion; the loser will never play professional snooker (a pool-like game) again. It all begins because Billy’s his manager, T.O. (The One), a compulsive gambler, falls into debt with psychopathic loan shark the Wednesday Man, who offers to cancel T.O’s debt if he can arrange a 17-frame grudge snooker match between Billy and the reigning world champion Randall. To ensure that both players will agree to the match, T.O hires a journalist to stir up trouble between them. She interviews Billy and the Vampire separately, asks them leading questions intended to elicit angry responses and provoke enmity, then prints the results.