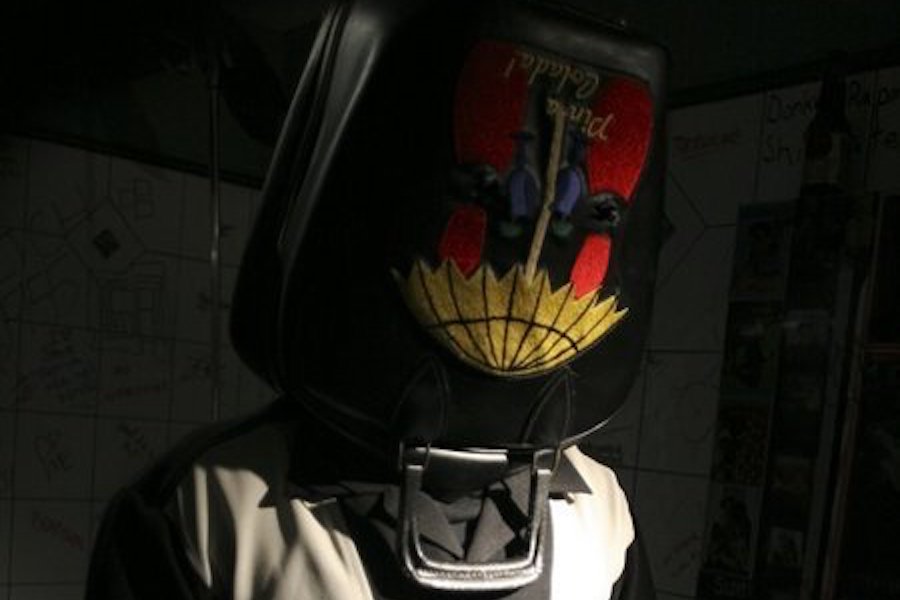 The horror film Gutterballs is available on Blu-ray and DVD from Unearthed Films and MVD Entertainment Group.

It’s the first time the film has been released on Blu-ray. 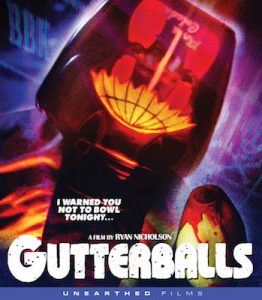 In the film, a brutally sadistic rape leads to a series of bizarre gory murders during a midnight disco bowl-a-rama at a popular bowling alley. One by one, players of two teams meet blood-drenched gruesome deaths at the hand of a black bowling-gloved masked killer.

After Gutterballs was submitted to the MPAA Rating Board, the film was released unrated after the director was told that almost 20 minutes would have to be cut to avoid an ‘NC-17’ rating. The film has a total of 516 uses of the F-word, ranking it fourth of all time for total usage of the F-word in a motion picture.

The film is directed by Ryan Nicholson (Torched) whose special effects work can be seen on “The X-Files,” “The Outer Limits,” “Stargate” and “Andromeda.”

Bonuses include a making-of featurette, interviews and outtakes.