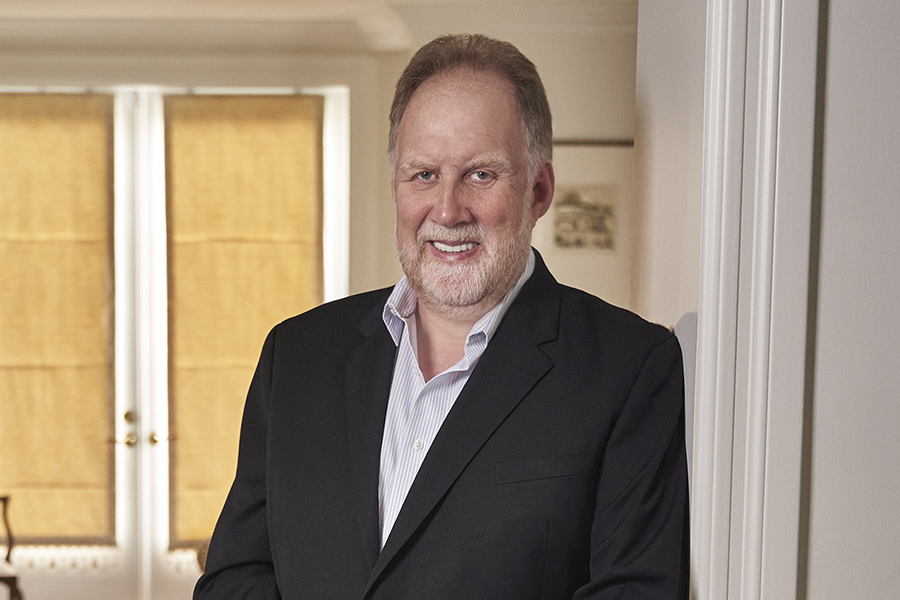 Eddie Cunningham, in the spirit of Teddy Roosevelt, speaks softly and carries a big stick.

Honored with Media Play News’ third annual Fast Toward Award, Cunningham is the consummate gentleman, both inside and outside of the workplace. Without exception, his employees say he’s a remarkable boss, even-tempered and empowering, encouraging them to do their best and making them want to do their best.

He’s instilled in them a belief that what they do each day in the office truly matters, that they are an essential cog in the wheel, so to speak. Leading by example, you get the feeling that Eddie Cunningham truly loves our industry as well as his company, and that loyalty and reliability are two of his most important traits.

The last time we met for lunch, at the Grill on the Universal Studios lot, he brought a bag of toys for my year-old granddaughter.

A while back, at CES, we happened to share an elevator. Eddie Cunningham was the last person out, holding the door for nearly a dozen other people.

Now that he’s been tapped to lead a joint venture between Universal Pictures and Warner Bros. that, pending regulatory approval, will market and distribute Blu-ray Discs, DVDs and 4K Ultra HD discs in the United States and Canada from both studios, beginning in early 2021, Cunningham also is leading the charge to ensure the continued viability, and profitability, of the physical disc.

It’s a big opportunity, and a big challenge, as well. Disc sales have been declining, and with the whole world so enamored with streaming, we as an industry need to do what we can to prop up the transactional business – which despite impressive growth rates on the digital side remains tethered to physical media.

As Cunningham says in this month’s feature, “Discs, alongside electronic sellthrough, are usually the first opportunity to own a film after its run in theaters, with the movie often not being available on SVOD for years. [And] if you want the highest quality picture and sound, disc is still the best way to get that in the home.”

The physical disc is not only the primary into-the-home distribution mechanism for new movies fresh off their theatrical runs. It also remains the best way to preserve, honor and capitalize on Hollywood’s rich cinematic history.

The proliferating streaming services are so focused on original content that older films are hard to find. The theatrical catalog titles we used to enjoy, and which formed the basis for DVD collecting two decades ago, are pretty much out of everyone’s consciousness.

I know from my own experience that whereas in the past I would regularly watch an old classic or two each week, for the last few years I have been so consumed by Netflix series such as “Ozark,” “Orange is the New Black” and “House of Cards” that I didn’t have time for much more than the latest theatrical hit.

Only since my holiday from streaming began last December have I been watching old movies again on Blu-ray Disc.

That’s why I applaud Paramount Home Entertainment’s launch of a new “Paramount Presents” label to recognize and celebrate films from the studio’s library. As division president Bob Buchi said, “Paramount’s library represents over a century of filmmaking and includes some of the greatest films in cinematic history. We look forward to opening the vault and sharing some of our most treasured films with fans.”