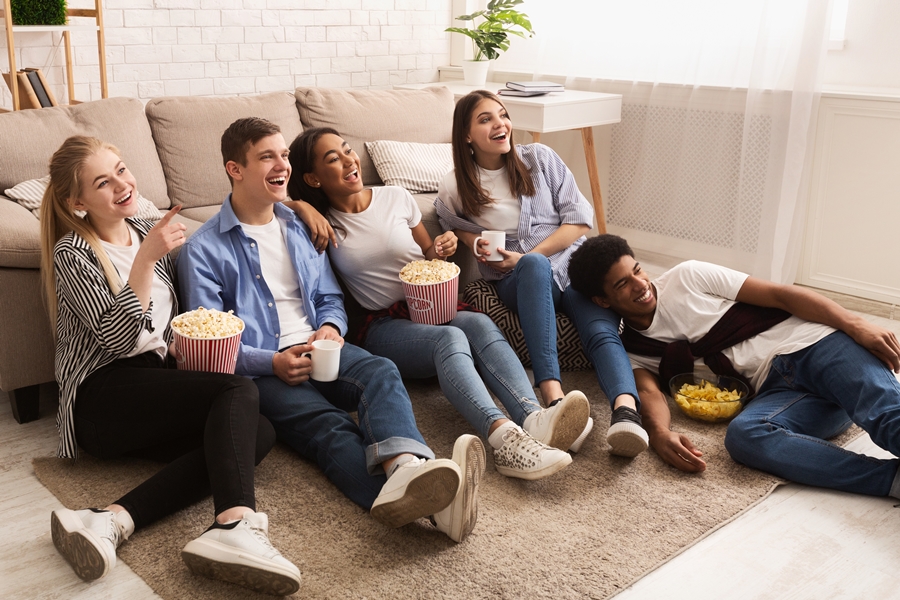 Consumer spending on home entertainment in 2020 shot up more than 21% from the prior year to a record $30 billion, spurred by movie theater closures and stay-at-home orders brought on by the coronavirus pandemic, according to estimates released Jan. 27 by DEG: The Digital Entertainment Group.

The trade group noted that digital spending accounted for the majority of the gains, led by subscription streaming, which saw spending climb 37.2% to an estimated $21.2 billion.

Transactional video spending also posted significant increases, with digital rentals up 18.3% in 2020 over 2019 and digital sales, or electronic sellthrough (EST), up 16%. According to DEG estimates,  consumers spent more than $2.3 billion renting movies and other filmed content through digital retailers (both cable and Internet) in 2020, compared with just under $2 billion in 2019, and nearly $3 billion on purchases, up from $2.6 billion the prior year.

Consumers spent an estimated $2.5 billion on buying Blu-ray Discs, DVDs and 4K Ultra HD Blu-rays, down 25.6% from $3.3 billion the prior year. Disc sales had been declining for years but in 2020 sales were further diluted by retail store closures in the months following the World Health Organization’s March 11 declaration of a global pandemic.

In the fourth quarter, the DEG reported, total consumer spending on home entertainment rose nearly 16% from 2019 to an estimated $7.8 billion. Again, streaming led the way, with spending up 33% to an estimated $5.6 billion, or 72% of the total.

The DEG noted that premium video-on-demand (PVOD) figures are not included in the yearly or quarterly consumer spending totals. However, the trade group stated in a press release that “early insights suggest that interest is high, and results are strong. Universal has indicated that with 18 films released on PVOD across the past 10 months, with the addition of PVOD revenues, the company generated over four times what it would have expected to earn in the traditional digital home entertainment window alone. In total, the combined in-home consumer spend on these new Universal releases on a transactional basis represented over $500 million.”

Michael Bonner, the newly appointed president of Universal Pictures Home Entertainment, said in a statement, “Since the launch of PVOD, we’ve learned a tremendous amount, much of which has validated our belief that PVOD is poised to complement the theatrical business in a way that can meaningfully benefit the ecosystem across consumers, distributors and studios.”

The DEG also released the top 20 films for the year on its “Watched at Home” chart, which combines sales of physical media with digital rentals and sales.