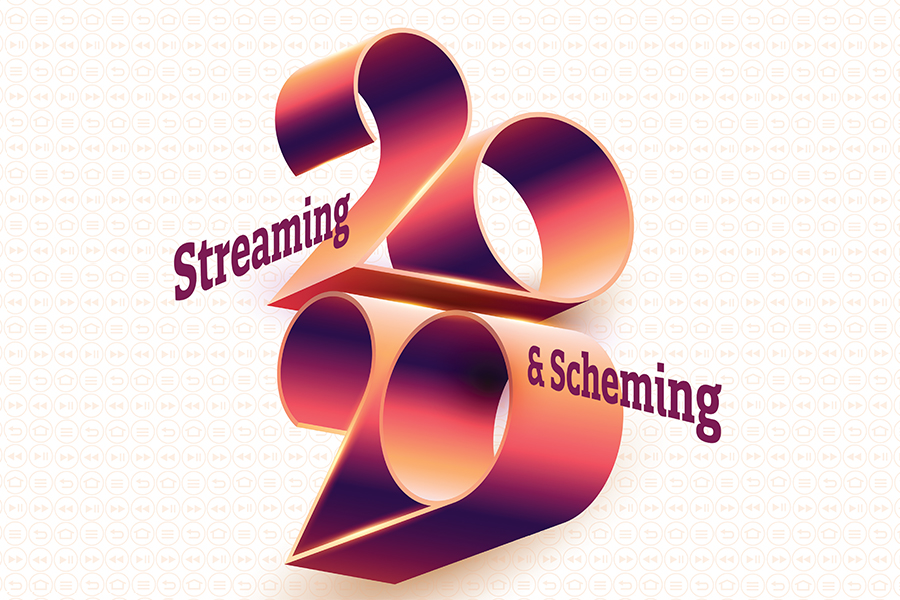 Coming off a year of momentous change, home entertainment executives expect more turbulence to hit their business in 2020.

Streaming has clearly become the dominant force, with two more high-profile subscription streaming services scheduled to launch in 2020. Comcast/NBC Universal in April will bow Peacock, with more than 15,000 hours of content and a free, ad-supported service as well. A month later, WarnerMedia will debut HBO Max, with a large library of titles from across the media titan’s family — including a curated list of classic movies.

And then there’s Quibi, a mobile-centric, short-form video platform launching in April, the brainchild of ex-Disney and DreamWorks chief Jeffrey Katzenberg.

But home entertainment executives, whose proverbial bread-and-butter has always been the transactional model — in which consumers pay a set fee to either buy or rent a movie, TV series or other filmed content, either digitally or on disc — insist there’s enough of an audience for both aspects of the home entertainment (or at-home, or direct-to-consumer) business.

“With an abundance of exceptional content combined with a plethora of platforms, we can expect a ‘roaring’ start to the ’20s as consumers are met with a mass of entertainment options,” says Bob Buchi, president of Paramount Home Entertainment. “It is now the challenge of the industry to focus on marketing and distribution to hone the messaging and delivery to meet the varied needs of consumers across linear, on-demand, subscription and transactional.

“While SVOD has captured the attention of consumers and created an ‘always on’ expectation, the transactional business continues to offer very unique and important consumer propositions: the first post-theatrical home viewing opportunity, the greatest breadth of selection, the highest quality viewing options, and custom bonus content to extend the entertainment experience. The data continues to show that SVOD and transactional can co-exist and thrive. More than half of viewers are involved in both activities, and despite the availability of catalog titles on SVOD platforms, we at Paramount saw record sales numbers for our catalog in 2019.”

Jason Spivak, EVP of distribution at Sony Pictures Home Entertainment, is similarly optimistic. “As the business evolves consumers are becoming increasingly aware and comfortable with the ways that various distribution models fit together,” he says. “While SVOD delivers great value for many use occasions and types of content, the benefits of transactional models — recency, collectability and image quality — also continue to be prominent, especially in regard to new release theatrical content, and premier catalog titles.”

“Obviously we have been paying very close attention to growth and adoption of streaming services, and we are constantly evaluating their impact on our physical and digital business,” adds Jim Wuthrich, president of Warner Bros. Home Entertainment & Games. “With Warner Media’s HBO Max coming in 2020 the industry will continue to grow.  And as the business grows, so does access to an ever-increasing new consumer base who are familiarizing themselves with digital transactions and streaming, so it opens doors for us to bring in new audiences for our products and content.”

Ron Schwartz, president of worldwide home entertainment for Lionsgate, says “the transactional home entertainment space remains a very dynamic and robust business for our many types of content.” He touts the success on both digital and physical platforms of John Wick: Chapter 3 and Angel Has Fallen, calling those two films “great examples of the type of content that home entertainment consumers want to own. Overall, multiple steaming platforms and transactional, physical and digital will all continue to coexist as the marketplace continues to evolve.”

Digital retailers agree. “In 2020, we think transactional and subscription will both continue to grow because they complement one another,” says Cameron Douglas, head of FandangoNow. “Nowadays, digital entertainment is a mainstream business. Every TV is connected and OTT services have become the norm for audiences looking for content at home. The growth bodes well for the future of our industry.”

Even at Disney, where much of the focus is on the much-hyped Disney+ service, there’s room for transactional, according to David Kite, SVP of marketing for Disney Media Distribution.

“With this year’s acquisition of 20th Century Fox, we remain committed to both digital and physical ownership,” Kite says. “We successfully integrated the Fox team into the expansive Disney home entertainment organization and have implemented a unified strategy that includes a more synergistic approach across key lines of business. We’re looking forward to another exciting year across both physical and digital platforms with a wide-range slate of home entertainment releases.”

In the first quarter of 2020, Kite says, “We will be releasing two very promising titles — the critically acclaimed awards contenders Jojo Rabbit and Ford v Ferrari.  We’re also excited about the rollouts of Frozen II, Star Wars: The Rise of Skywalker, Marvel Studios’ Black Widow, Disney-Pixar’s Onward and the live-action Mulan as our customers continue to build their libraries.”

While disc sales will likely continue to decline in 2020, no one’s giving up on DVD, Blu-ray Disc or, in particular, 4K Ultra HD.

“The 4K UHD physical market will continue to experience growth throughout 2020,” says Eddie Cunningham, president of Universal Pictures Home Entertainment. “We are encouraged by industry forecasts, which anticipate the sales of that format in North America alone will deliver 25% of Blu-ray Disc dollars in 2020.”

“We will continue to release the majority of our new release titles in the highest possible definition and also mine our vast catalog library for worthy and deserving films to be remastered, as we did this year with The Wizard of Oz,” adds Wuthrich. “The desire for classic titles in the ultimate high-definition format is definitely a factor in the continued momentum of 4K UHD.”

Spivak agrees. “As consumer viewing habits evolve, the disc remains a prominent part of the home entertainment market, particularly given the steady growth for 4K Ultra HD,” he says. “With households nationwide regularly upgrading their TVs to 4K UHD there’s every indication that 4K UHD will evolve beyond a niche audience of format enthusiasts. We will continue to put out most of our new releases and select catalog in UHD, while working with retailers to expand placement and experimenting with features that make the product most attractive to consumers.”

Disney’s Kite is similarly optimistic for the disc business. “Physical ownership remains a robust line of business for us, especially among the collectible consumer,” he says. “There continues to be a healthy appetite for the physical format, particularly with premium, and we already have substantial plans in place for 2020.”

“Given that physical and digital transactional consumption rates are remaining steady year over year and that disc purchases are making up more than half of that consumption, there’s no question that movie buyers continue to be vitally important to retail,” he says. “At no other time in our industry has it been more critical to ensure that we work together to retain the loyalty of movie consumers, creating urgency for our products and delivering the utmost value, quality, accessibility and convenience possible.

“It is important for us to continue supporting our retail partners with creative thought leadership and close collaboration to ensure that we collectively continue to capture shopper attention and deliver key, compelling reasons to transact.”

Sony Pictures’ Spivak agrees. “More than ever we must embrace the fact that our retail partnerships are multi-faceted and cross distribution models — from transactional to SVOD and AVOD,” he says. “Ultimately, our mutual objective is maximizing the consumer value proposition and providing the best potential viewer experience.”