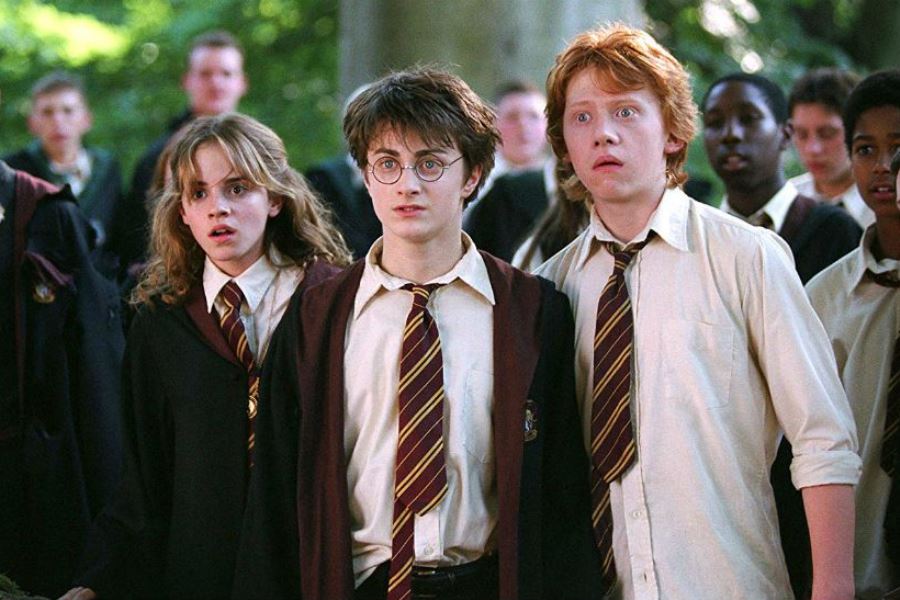 Harry Potter and the Prisoner of Azkaban

The Harry Potter Complete 8-Film Collection climbed to No. 1 on the weekly “Watched at Home” chart for the week ended Nov. 14, a period dominated by catalog titles and winter favorites.

The “Harry Potter” set, from Warner Bros. Home Entertainment, had been No. 6 the previous week on the weekly “Watched at Home” chart, which tracks transactional video activity (both digital and on DVD and Blu-ray Disc) compiled from studio and retailer data through DEG: The Digital Entertainment Group.

Romantic drama After We Collided, from Open Road Films, dropped to No. 2 after three weeks in the top spot.

Holding steady at No. 3 was Lionsgate’s Antebellum in its second week, while political documentary Trump Card, from conservative filmmaker Dinesh D’Souza, remained No. 4.

Rounding out the top five was the first season of Paramount Networks’ “Yellowstone,” a contemporary Western drama starring Kevin Costner that is centered on the conflicts between a cattle ranch, an Indian reservation and land developers, all of whom share common borders. Season two was No. 8 and season three was No. 12.

Among the winter-themed, holiday and seasonal catalog fare on the list are Disney-owned 20th Century’s Home Alone at No. 6, Warner’s Elf at No. 11, Disney’s Frozen II at No. 13, Warner’s National Lampoon’s Christmas Vacation at No. 19, and Warner’s The Polar Express at No. 20.

Warner’s “Game of Thrones” complete series collection, recently released as a 4K Ultra HD Blu-ray boxed set, dropped from No. 2 to No. 18. Meanwhile, Universal’s The Office: The Complete Series, which was re-released as a Blu-ray set Nov. 10, was on the chart at No. 16.

Interestingly, neither of the major new DVD and Blu-ray Disc movie releases for the week — Disney’s like-action Mulan remake and Warner’s disc of MGM’s BIll & Ted Face the Music — made the DEG’s top 20. Mulan was the top-selling disc during the same time period, according to the NPD Group’s VideoScan tracking service.