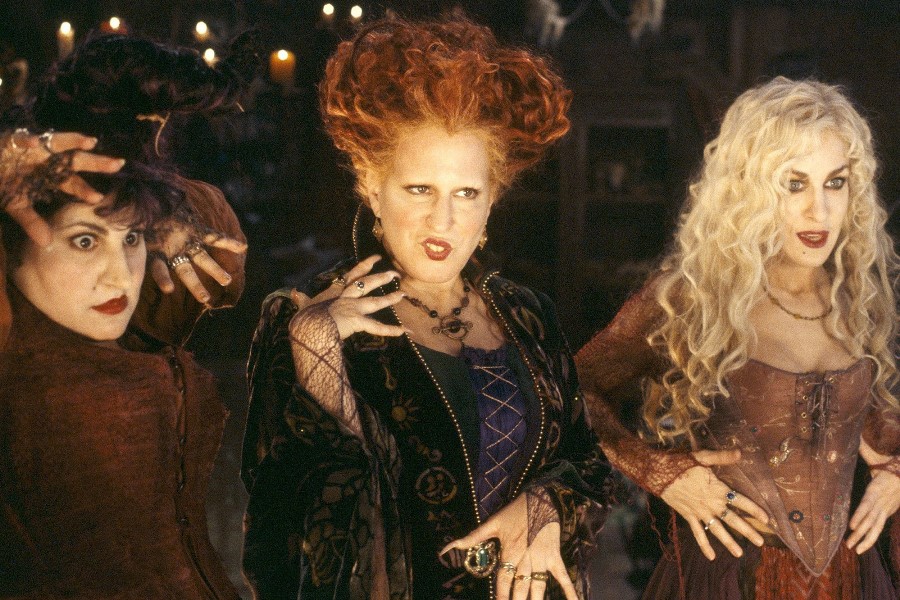 Disney’s Hocus Pocus topped the NPD VideoScan First Alert chart, which tracks combined DVD and Blu-ray Disc unit sales, the week ended Oct. 31, its fourth time in the top spot in the five weeks leading up to Halloween. It maintained the No. 3 spot on the dedicated Blu-ray Disc sales chart.

The 1993 film, about three sisters tried as witches in Salem and resurrected in modern times, as always been a top seller during the spooky season, but has been particularly dominate relative to other discs due to the lightened load of new releases during the coronavirus pandemic, which has allowed catalog titles to dominate the disc charts in general.

The top new release was Funimation’s My Hero Academia: Heroes Rising, which was the No. 2 overall seller and No. 1 on the dedicated Blu-ray Disc chart. Based on the “My Hero Academia” manga franchise, the film earned more than $13 million during a limited box office run in U.S. theaters in December 2019, but didn’t make its way to home video until October, when it became available via digital sellthrough and as a Blu-ray/DVD/Digital combo pack.

The only other new release in the top 20, at No. 16, was Universal’s Fatima, a DVD-only historical drama about a trio of girls who witness a vision of the Virgin Mary in Portugal during World War I.

The previous week’s top-selling Blu-ray, Universal’s Back to the Future Trilogy re-release, slipped to No. 2 (No. 7 on the overall disc sales chart). Warner’s Batman: Death in the Family slipped two spots to No. 4 on the Blu-ray chart (and was down from No. 9 to No. 37 on the overall disc chart).

The Blu-ray Disc chart also saw a few catalog re-releases pop into the top 30. The Criterion Collection’s deluxe edition Blu-ray of 2019 Best Picture Oscar winner Parasite was No. 9, while Arrow Video’s remastered edition of 1984’s The Last Starfighter debuted at No. 23. And Lionsgate’s 4K Ultra HD Blu-ray Steelbook boxed set of the five “Rambo” films, a Best Buy exclusive, was No. 29.

The Media Play News rental chart for the week ended Nov. 1 had Lionsgate’s Friendsgiving debut at No. 1. The comedy stars Malin Akerman and Kat Dennings as a pair of thirtysomethings who decide to skip Thanksgiving with their families and host their own for their friends.

Rounding out the top five rentals were Lionsgate’s The Doorman at No. 4 (down two spots) and RLJE Films’ The Tax Collector holding steady at No. 5.