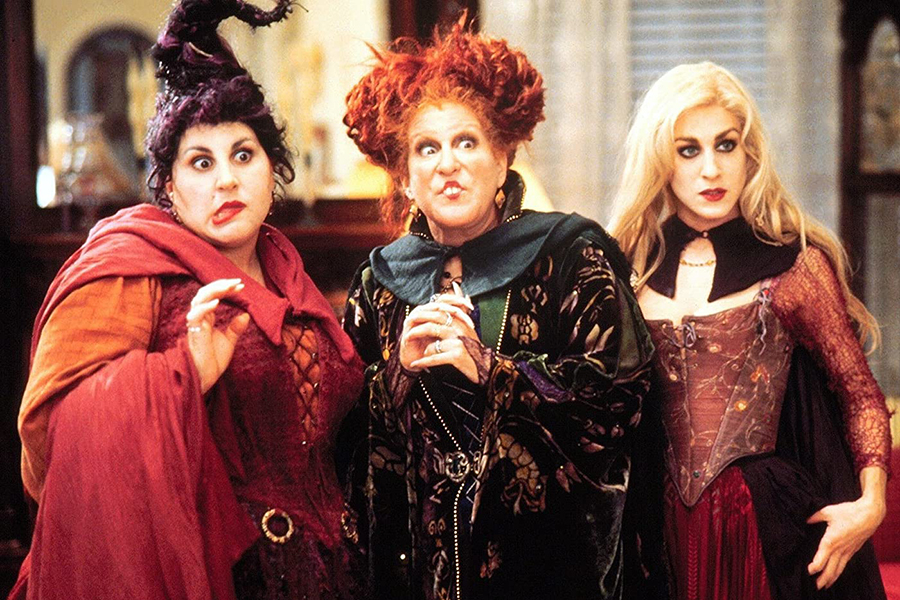 The 1993 film about three Salem witches transported to modern times frequently finishes in the top five during October.

Coming in at No. 2 on the overall disc sales chart, and No. 5 on the Blu-ray Disc chart, was Warner’s Beetlejuice. The creepy 1988 comedy from director Tim Burton is another catalog title getting a boost from the Halloween season. Likewise, Disney’s The Nightmare Before Christmas held onto the No. 4 spot, and jumped to No. 8 on the Blu-ray chart. And Warner’s It: Chapter One rose a spot to No. 5 on the overall disc chart.

The week’s top new release, at No. 3 overall and No. 2 on the Blu-ray chart, was Paramount’s Star Trek: Picard — Season One. The sci-fi series, a sequel to “Star Trek: The Next Generation,” was initially released on the CBS All Access streaming service in January before making its way to disc Oct. 6.

Another newcomer, RLJE Films’ The Tax Collector, debuted at No. 6 overall and No. 4 on the Blu-ray chart. The latest film from director David Ayer is a gritty drama about a pair of street thugs who collect protection money getting caught in the middle of a turf war.

Coming in at No. 4 on the Blu-ray chart (and No. 12 overall) was the newly released anime movie Digimon Adventure: Last Evolution Kizuna from Shout! Factory.

Universal’s remake of The Secret Garden debuted at No. 7 on both charts.

Blu-ray Disc formats accounted for 56% of first-week Picard disc sales, compared with 52% for Tax Collector, 49% for Secret Garden, and 95% for Digimon.

On the Media Play News rental chart for the week ended Oct. 11, the Redbox-exclusive Ava remained No. 1 for a second week. Tax Collector debuted at No. 2, pushing Lionsgate’s The Silencing to No. 3.

Debuting as the No. 4 rental was Universal’s The 2nd, an actioner about an agent protecting the daughter of a Supreme Court justice from kidnappers.

Lionsgate’s The Secret: Dare to Dream dropped to No. 5.