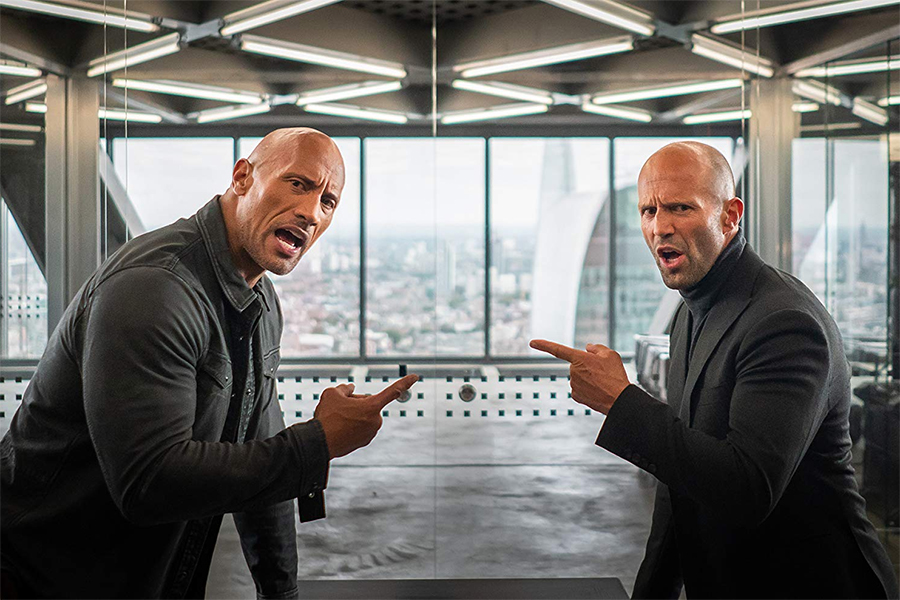 The action film earned $173.8 million at the domestic box office. The ninth film in the “Fast & Furious” franchise is a spinoff featuring the characters of Dwayne Johnson and Jason Statham teaming up against a bio-engineered supervillain played by Idris Elba.

Disney’s photorealistic remake of The Lion King slipped to No. 2 on both charts after two weeks in the top spot.

Another Disney film, Pixar’s Toy Story 4, was No. 3 on both charts.

Coming in at No. 4 on both charts was another newcomer, the horror film Scary Stories to Tell in the Dark, from Lionsgate. It earned $69 million in U.S. theaters.

The No. 5 overall disc seller was Yellowstone: Season 2, from Paramount. The show stars Kevin Costner as a rancher. It was the No. 14 Blu-ray seller.

The No. 5 Blu-ray was Sony Pictures’ Spider-Man: Far From Home.

Blu-ray Disc formats accounted for 57% of Hobbs & Shaw first-week sales, with 12% of the overall tally attributed to 4K Ultra HD Blu-ray. For Scary Stories, Blu-ray comprised 59% of unit sales, with 17% from UHD Blu-ray.

The Media Play News rental chart for the week ended Nov. 10 also had Hobbs & Shaw in the top spot, with Lion King sliding to No. 2.