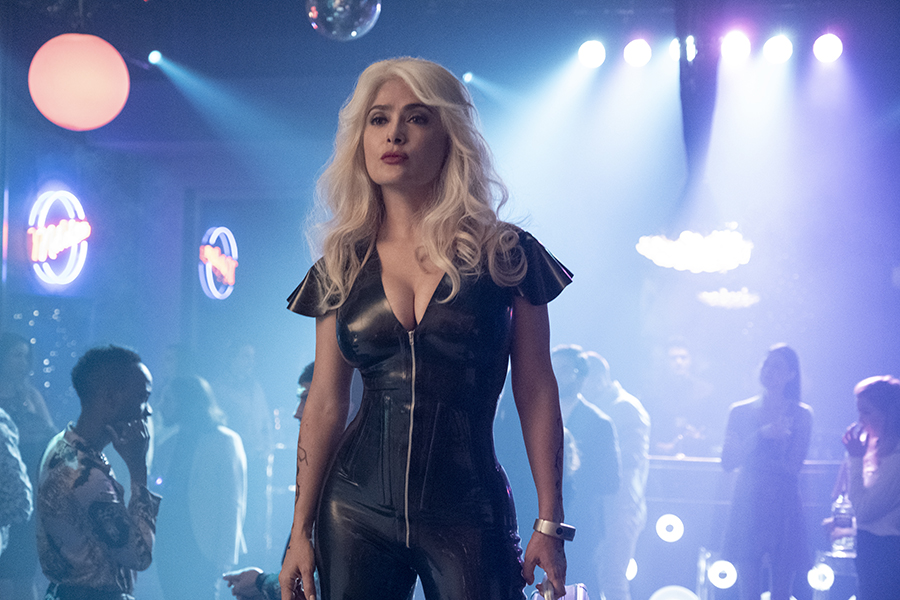 The action comedy, a sequel to 2017’s The Hitman’s Bodyguard, earned $38 million at the domestic box office. Ryan Reynolds, Samuel L. Jackson and Salma Hayek return from the original film, this time involved in an international plot by a Greek tycoon (Antonio Banderas) seeking retaliation against the European Union for economic sanctions.

The new installment pushed the first film back up to No. 7 on the overall sales chart and No. 6 on the Blu-ray Disc chart.

The previous week’s top overall seller, Disney’s Luca, slipped to No. 2. The Pixar animation film about a pair of young sea monsters posing as humans to explore an Italian village, remained No. 2 on the Blu-ray Disc chart.

Paramount’s suspenseful sequel A Quiet Place Part II remained No. 3 on the overall disc sales chart, and dropped a spot to No. 4 on the Blu-ray chart.

The previous week’s top-selling Blu-ray, Warner’s animated adaptation Batman: The Long Halloween — Part II, dropped to No. 3 on the Blu-ray chart and No. 4 on the overall disc chart.

The No. 5 overall disc seller was Warner’s Space Jam, the 1996 sports comedy that continues to sell well as a catalog title thanks to the theaterical and HBO Max release of a new installment.

The No. 5 Blu-ray Disc seller, and No. 6 overall, was Warner’s Mortal Kombat remake the latest adaptation of the famed video game franchise.

On the Blu-ray Disc chart, Sony Pictures’ 1986 fantasy film Labyrinth rose back to No. 9 thanks to a 35th anniversary 4K Ultra HD Blu-ray Disc re-release. It had 95% of its weekly unit sales come from the new 4K version.

Blu-ray Disc formats accounted for 63% of total Hitman’s Wife’s Bodyguard unit sales for the week, with the 4K version accounting for 17% of its total (meaning 46% were the regular Blu-ray version).

The Media Play News rental chart the week ended Aug. 22 had Hitman’s Wife’s Bodyguard at No. 1. That pushed A Quiet Place Part II to No. 2 after three weeks in the top spot.

Warner’s Those Who Wish Me Dead remained the No. 3 rental, followed by Paramount’s heist movie The Misfits at No. 4, and Screen Media’s Megan Fox thriller Till Death at No. 5.