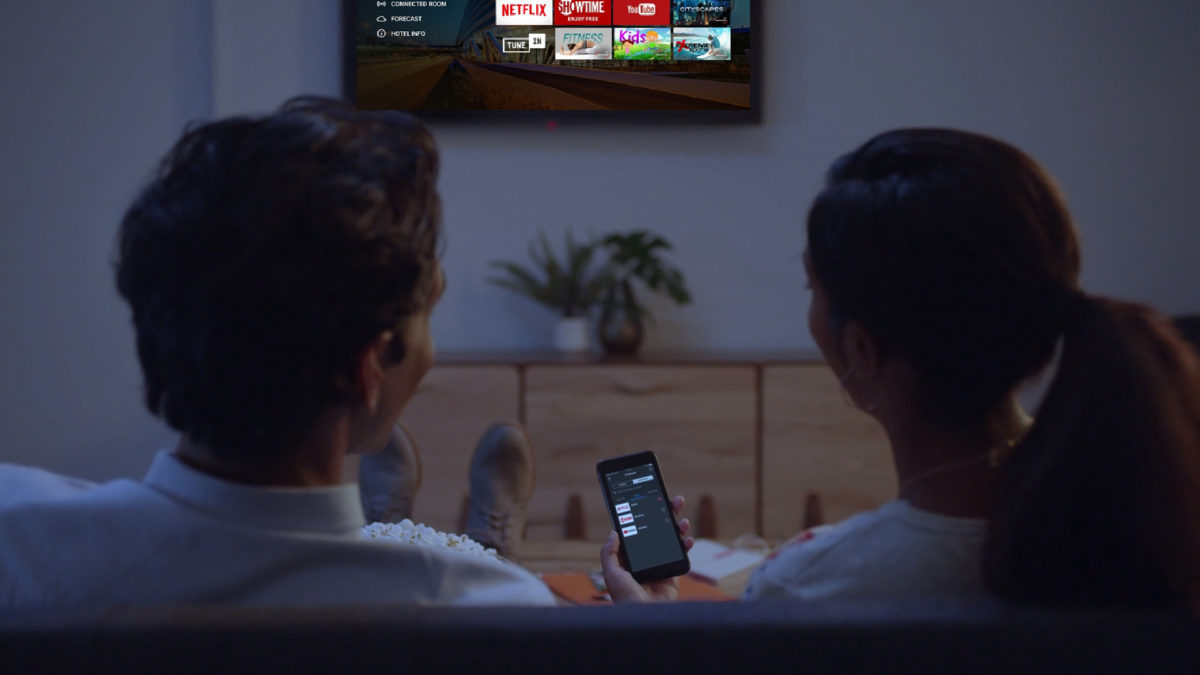 Netflix has partnered with Hilton to offer consumers direct access to the subscription streaming video service in hotel rooms.

The collaboration enables guests staying in “Connected Rooms” to access their Netflix account by logging in either by entering their credentials with the remote control or the keyboard on the Hilton Honors app.

The rooms also give guests the ability to control the temperature, lights, TV and more from their mobile device or the TV remote.

Hilton Honors app users can add Netflix and other streaming media providers and TV channels to their favorites list. Hotel guests who prefer the TV remote can press the remote’s Netflix button, which powers on the TV and goes directly to the Netflix login screen.

The Netflix button has been a mainstay on streaming media device remote controls for years.

“We know our guests want to feel connected while traveling, just as they do at home, so we’re giving them seamless access to their favorite Netflix shows, films and specials while on the road,” Noelle Eder, EVP and chief information and digital officer for Hilton, said in a statement.

“We’re thrilled to be bringing our service to Hilton guests all over the world,” Holmes said.

Hotel guests without a Netflix account will be able to sign up in their room and start watching immediately, while current Netflix members can watch exactly where they left off before checking in. The Connected Room platform ensures a guest’s login information stays secure and clears automatically upon checkout, unless they choose to clear it sooner through the TV.

Hilton currently has more than 1,800 Connected Rooms, and plans to roll out the technology to tens of thousands of rooms in hundreds more hotels across the U.S. in 2019 as well as the first non-U.S. locations.