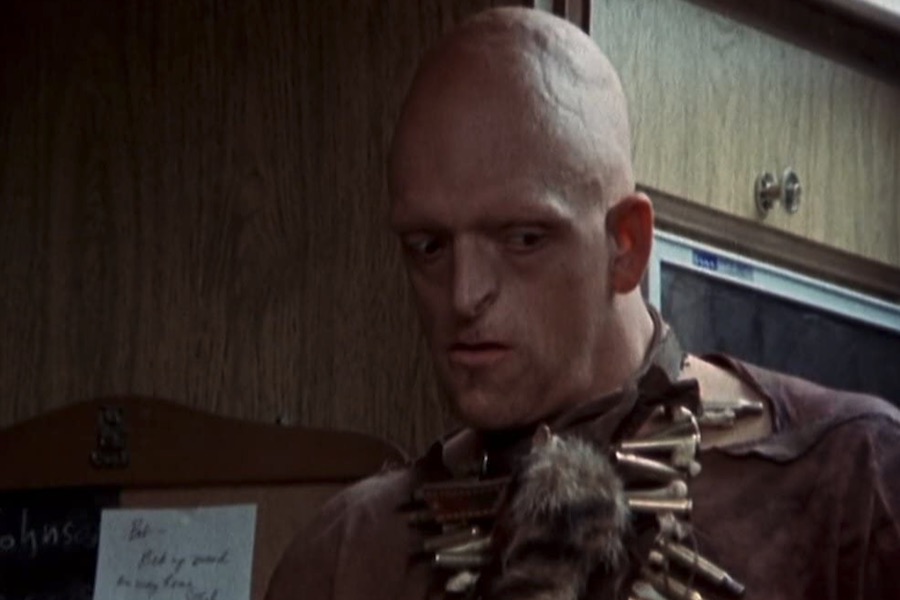 The Hills Have Eyes

The horror classic The Hills Have Eyes on 4K Ultra HD headlines the disc titles coming from Arrow Films and MVD Entertainment Group in November.

The iconic The Hills Have Eyes makes it 4K Ultra HD Blu-ray debut on Nov. 9. Horror master Wes Craven achieved critical and commercial success with the likes of Scream and A Nightmare on Elm Street — but for many genre fans, the director’s seminal 1977 effort The Hills Have Eyes remains his masterpiece.

Taking an ill-advised detour en route to California, the Carter family soon run into trouble when their campervan breaks down in the middle of the desert. Stranded, the family find themselves at the mercy of a group of monstrous cannibals lurking in the surrounding hills. With their lives under threat, the Carters have no choice but to fight back by any means necessary.

Due Nov. 16 on Blu-ray is Sailor Suit and Machine Gun, in which a perky high-schooler takes on the mob in genre-bender that riffs on the yakuza film, coming-of-age drama, inventively adapted from Jiro Akagawa’s popular novel by director Shinji Somai. Hoshi Izumi is a young innocent forced to grow up quickly when her father dies and she finds herself next in line as the boss of a moribund yakuza clan. Wrenched from the security of her classroom and thrust into the heart of the criminal underworld, she must come to terms with the fact that her actions hold the key to the life or death of the men under her command as they come under fire from rival gangs. Presented in both its original theatrical and longer complete versions, and the first time one of Somai’s films has been released on home video in the West, this landmark work from his early career was responsible for launching teen talent Hiroko Yakushimaru (Legend of the Eight Samurai; Detective Story) as the iconic face of a generation, with the catchy theme song she performs indelibly etched into the zeitgeist of early-1980s Japan.

Nov. 23 comes 1989’s Phantom of the Mall: Eric’s Revenge! on Blu-ray. In the film, high school sweethearts Eric Matthews and Melody Austin are so in love, but their youthful romance is cut tragically short when Eric apparently dies in a fire that engulfs his family home. One year later and Melody is trying to move on with her life, taking up a job at the newly built Midwood Mall along with her friends. But the mall, which stands on the very site of Eric’s former home, has an uninvited guest — a shadowy, scarred figure which haunts its airducts and subterranean passageways, hellbent on exacting vengeance on the mall’s crooked developers. The film is directed by Richard Friedman (Scared Stiff, Doom Asylum) and features Pauly Shore and Morgan Fairchild.

Nov. 30 comes director Giorgio Ferroni’s period horror Italian-style 1960 shocker Mill of the Stone Women on Blu-ray, a classic tale of terror redolent with the atmosphere of vintage Hammer Horror. Young art student Hans von Arnam (Pierre Brice, Night of the Damned) arrives by barge at an old mill to write a monograph about its celebrated sculptures of women in the throes of death and torture, maintained and curated by the mill’s owner, the hermetic Professor Wahl (Herbert Böhme, Secret of the Red Orchid). But when Hans encounters the professor’s beautiful and mysterious daughter Elfi (Scilla Gabel, Modesty Blaise), his own fate becomes inexorably bound up with hers, and with the shocking secret that lies at the heart of the so-called Mill of the Stone Women. The first Italian horror film to be shot in color, Mill of the Stone Women prefigured a raft of other spaghetti nightmares, including the work of maestros Mario Bava and Dario Argento.