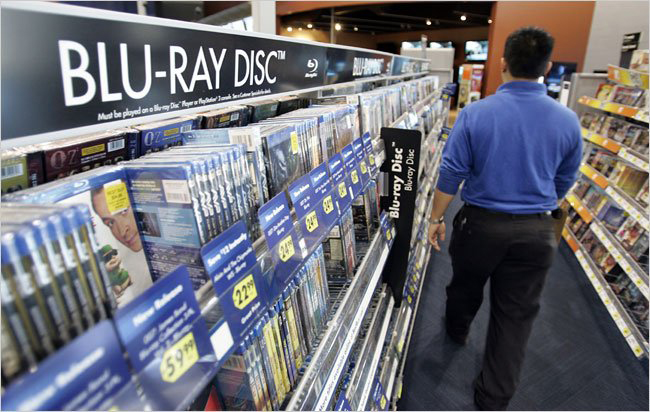 The impermanence of the digital world struck home last January when we launched Media Play News and the owners of Home Media Magazine shut down that property’s website. All of a sudden, 17 years worth of stories — dating back to 2000, when what was then Video Store Magazine first appeared on the Internet — were gone. Vanished. Disappeared. Ceased to exist.

I bet a lot of people around the country who read the Sept. 13 Forbes story on disappearing digital movies are looking at their DVD and Blu-ray Disc collections with the same sense of pride – and relief.

According to the story, by contributor John Archer, “Reports have started to emerge of Apple completely deleting films from iTunes accounts even when they’ve been bought, not merely rented. And when people complain about this, they’re receiving an astonishing message from Apple telling them that iTunes is just a ‘store front,’ and so Apple isn’t to blame if a film studio decides it no longer wants to make its titles available on iTunes.”

On top of that, Archer writes in Forbes, consumers whose films are yanked shouldn’t expect a refund. “When an iTunes user in Canada complained to Apple that their initial offer of a free $5.99 rental hardly seemed suitable recompense for him having three bought films summarily removed from his account, Apple replied that ‘our ability to offer refunds diminishes over time. Hence your purchases doesn’t meet the conditions for a refund.’”

The bottom line, Archer concludes: “Apple appears to be openly saying that if you buy a film on iTunes, you don’t really own it at all.”

That’s a frightening proposition for movie fans who aren’t satisfied with the meager selection of quality films available through the streaming services, with their focus on original (and episodic) content.

It’s also, sadly, old news. When you buy a movie digitally, you don’t actually own the film, the way you do if you buy it on disc. You buy “digital rights” to the movie, which is not exactly the same thing. As the Los Angeles Times observed more than two years ago, “there are significant differences between owning a tangible product and owning its electronic equivalent.”

In other words, if you own a DVD or Blu-ray Disc, you own it forever. You can sell it, trade it, lend it, pass it on to your kids.

But if you “own” a digital movie, you might wake up one day and find it gone – just like those hundreds, if not thousands, of Home Media Magazine stories that disappeared, overnight, from the Web.

(I should add that the only way to really own a digital movie is to download it, which many people simply don’t do because it takes up so much space. Most purchased movies live on iTunes.)

I’ve become a huge fan of digital movies. The tipping point, for me, was the emergence of Movies Anywhere, which makes digital movie collecting easier than it’s ever been and provides instant access to my library wherever I am. Heck, I even watched a movie on my phone while on a camping trip in Death Valley.

But I always buy the disc first, and then input the digital code into my Movies Anywhere account.

And if I do buy a movie electronically sometime in the future, you can bet I’m going to make sure I have enough room on my hard drive to download it – right away.