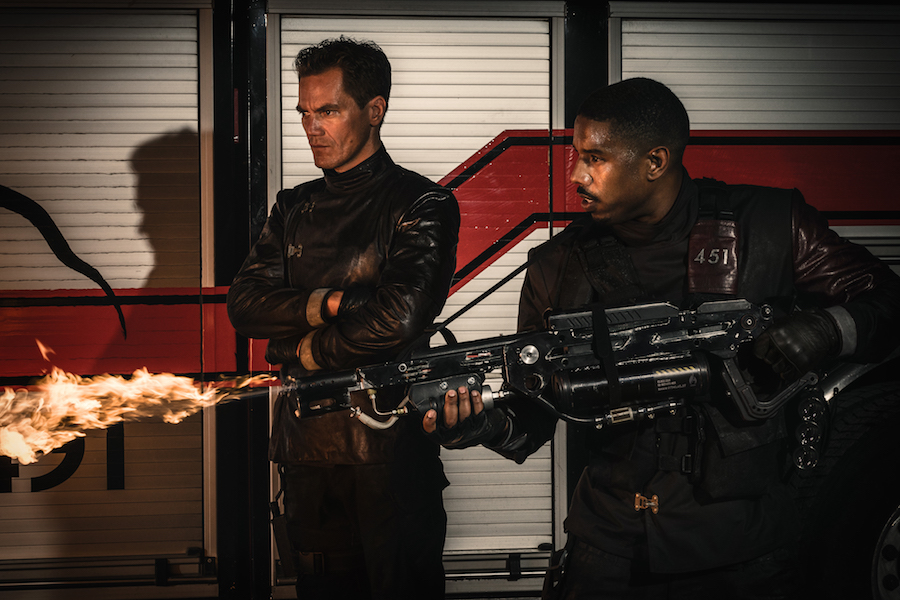 Fahrenheit 451, starring Michael B. Jordan (Black Panther) and Michael Shannon (The Shape of Water), will be available for digital download June 18 and on Blu-ray and DVD Sept. 18 from HBO Home Entertainment.

Based on Ray Bradbury’s classic sci-fi novel of the same name, the film depicts a society where books are outlawed and “firemen” have been tasked to burn and destroy any remaining literature, erasing history. The dystopian thriller centers on Guy Montag (Jordan), a young fireman who forsakes his world and struggles to regain his humanity as he battles his mentor, fire captain Beatty (Shannon).

Special features include the featurette “Behind the Fire,” in which Jordan, Shannon, Boutella and director Ramin Bahrani discuss Guy Montag’s character evolution and relationships.