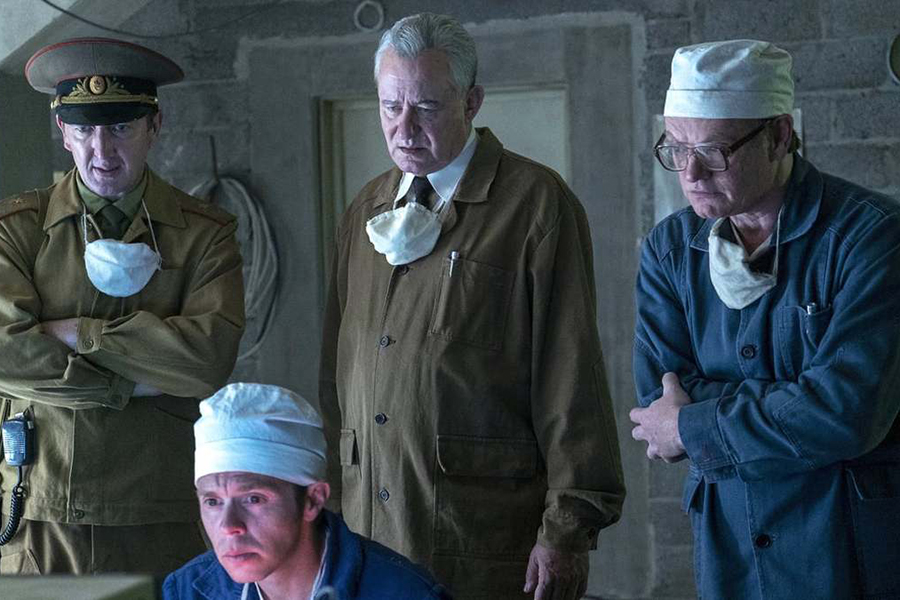 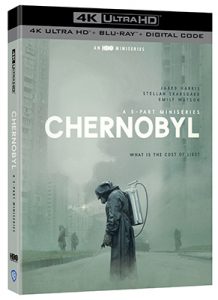 The five-part series that dramatizes the explosion at the Soviet Union’s Chernobyl nuclear power plant in 1986 that spewed a cloud of radioactive gas over Ukraine and neighboring countries.

Jared Harris portrays Valery Legasov, a leading Soviet nuclear physicist who was one of the first to grasp the scope of the unparalleled disaster that occurred. Stellan Skarsgård plays Soviet Deputy Prime Minister Boris Shcherbina, who is assigned by the Kremlin to lead the government commission on Chernobyl in the hours immediately following the accident. Emily Watson portrays Ulana Khomyuk, a composite character representing Soviet scientists investigating the disaster.

The 4K Ultra HD combo pack will include the five episodes on both a 4K disc and a regular Blu-ray disc, and will include a digital copy of the miniseries. The Best Buy Steelbook packaging features artwork inspired by the Edvard Munch painting The Scream.

Extras, which are not available in 4K, include “Inside the Episode” featurettes, plus “Meet the Key Players,” “Behind the Curtain: Director Johan Renck,” “Script to Screen: The Divers” and “Pivotal Moment: The Trial.”