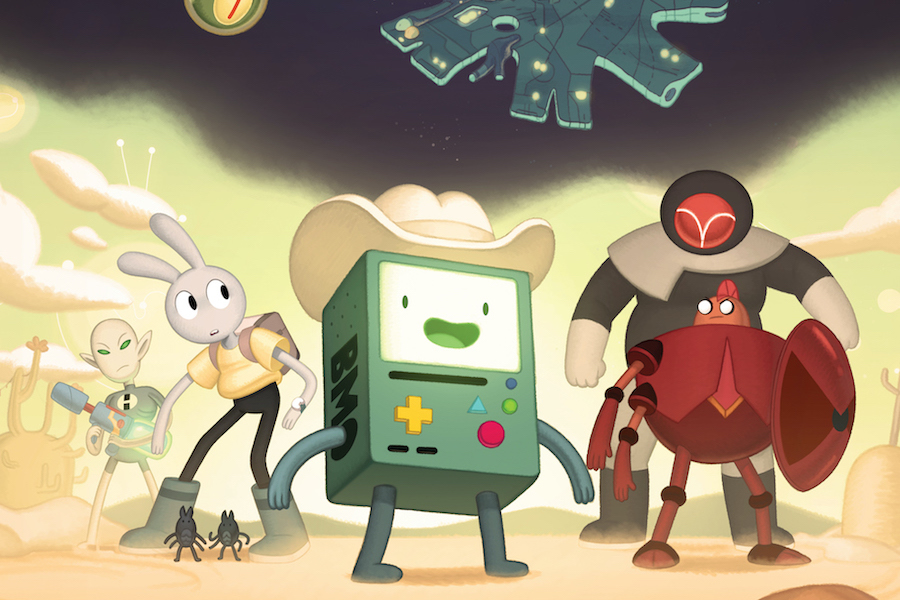 HBO Max has revealed the second slate of Max Originals available to viewers after the streamer’s May 27 launch.

The next wave of titles coming to the platform begins June 18 with the debut of the entire first season of the unscripted kids adventure competition series “Karma,” led by YouTube host Michelle Khare.

July 9 is the premiere of the three-part documentary series Expecting Amy, an unfiltered and intimate view into comedian Amy Schumer’s life on tour creating a stand-up special during her difficult pregnancy, and the adult animated comedy “Close Enough,” a look at the surreal life of a millennial family living with roommates, from J.G. Quintel, creator of the Emmy-winning “Regular Show.”

July 16 comes the multi-generational family docusoap “The House of Ho.”

July 30 HBO Max presents the U.S. premieres of the scripted comedy “Frayed,” which follows a wealthy Londoner as she travels back to the Australian home she escaped as a teen, and the unscripted British animal rescue series “The Dog House.”

Aug. 6 Seth Rogen’s comedy feature An American Pickle will have its world premiere as the first HBO Max original film on the platform under the Warner Max label.

“Shortly after the initial launch our monthly strategy kicks in, as we introduce great new originals every month throughout the year,” said Kevin Reilly, chief content officer, HBO Max, and president, TNT, TBS and truTV, in a statement.

“We want to provide audiences with a wide-ranging and consistent flow of high-quality programming across all genres,” added Sarah Aubrey, head of original content, HBO Max, in a statement. “From scripted series and intimate documentaries, to premium animation for kids and adults, to feature length films from teams at the top of their game, our creators bring it all, each with their own unique take, building a slate of originals that is nothing short of amazing.”

HBO’s summer premieres will be also available on the platform as they debut on HBO, including I May Destroy You, executive produced, written by, and starring Michaela Coel on June 7; the 1930s Los Angeles drama “Perry Mason,” starring Matthew Rhys on June 21; the six-part documentary series I’ll Be Gone in the Dark, based on the best-selling book by Michelle McNamara on June 28; the fourth season of the anthology series “Room 104” airing July 24; and from Misha Green and executive producers Jordan Peele and J.J. Abrams, the drama series “Lovecraft Country,” airing on HBO this August.

Newly announced library series available at launch include TNT’s Emmy Award-winning “The Alienist,” the first four seasons of truTV’s “Impractical Jokers” and Adult Swim’s “Robot Chicken.” Additionally, HBO Max has confirmed that as part of its previously announced deal with BBC Studios, shows available on day one will also include the U.S. premieres of “Trigonometry,” a love story about three people who are made for each other; the comedy “Ghosts,” about a group of former inhabitants who haunt a country mansion; “Home,” following an average family and the refugee who escapes in the boot of their car; and the comedy Stath Lets Flats where a rubbish lettings agent aims to take over the family business in North London. At launch, HBO Max will also offer BBC Studios titles including the “Doctor Who” spin-off Torchwood; “Luther,” starring Idris Elba; the nine-part miniseries The Honorable Woman; Ricky Gervais’ original mockumentary “The Office”; and seasons 17-25 of the hit car show “Top Gear.” Additionally, HBO Max will become the home of Stage 13’s series “Independent,” following the lives of four independent hip-hop artists; “Lipstick Empire,” telling the story of the founders of Melt Cosmetics; the horror-comedy feature film Snatchers, an official selection at the 2019 SXSW Film Festival; and the world premiere of “Happily Ever Avatar,” a series following three young couples who find love through playing a video game produced in partnership with Magical Elves.

Adding to the previously announced launch slate of feature films acquired for the platform, HBO Max will offer on day one titles such as 2001: A Space Odyssey, An American in Paris, Blade Runner: The Final Cut, Blood Diamond, Braveheart, Citizen Kane, Friday the 13th, Godzilla, Gone with the Wind, the Beatles’ A Hard Day’s Night, the Lethal Weapon series, Monsters Vs. Aliens, the A Nightmare on Elm Street franchise, North by Northwest, Rebel without a Cause, Singin’ in the Rain, The Sisterhood of the Traveling Pants, Transformers: Revenge of the Fallen and V for Vendetta. HBO Max will also launch with titles via the HBO service including fan favorites such as the original Alien franchise, the American Pie series, Anastasia, Babe, Die Hard, The Flintstones, In Bruges, The Indian in the Cupboard, Jaws, The Land Before Time series, Moulin Rouge!, and Teen Witch.