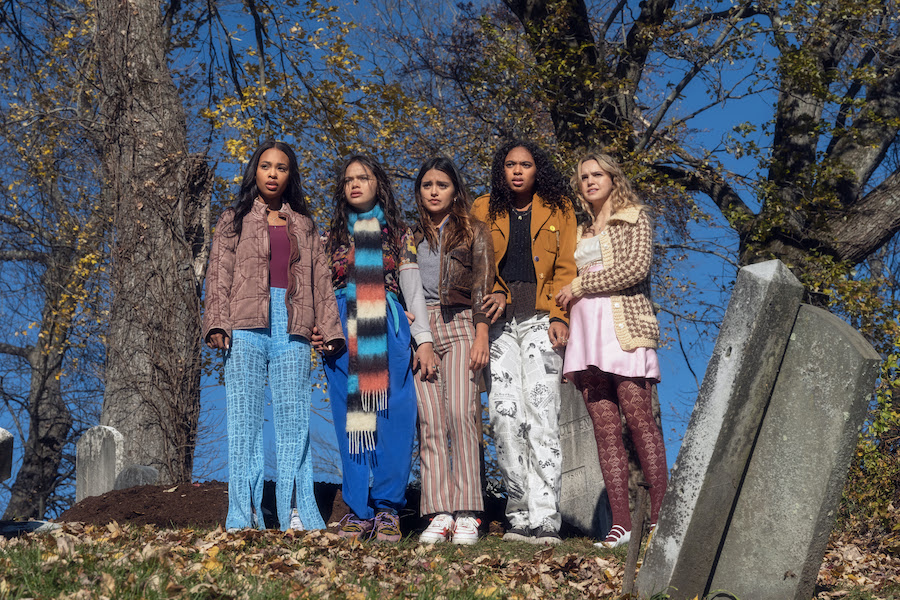 From Warner Bros. Television and Alloy Entertainment, and co-created by Roberto Aguirre-Sacasa and Lindsay Calhoon Bring, the 10-episode first season, which debuted in July of this year, is currently available to stream on HBO Max.

“We are so proud of the incredible response both critically and from fans that ‘Pretty Little Liars: Original Sin’ has received,” Sarah Aubrey, head of original content for HBO Max, said in a statement. “Viewers have embraced our new generation of Liars, and Roberto and Lindsay’s brilliantly dark, horror-fueled take on this iconic franchise. Along with Alloy and Warner Bros. Television, we are thrilled to continue the ‘Pretty Little Liars’ legacy.”

“We are beyond excited to continue telling stories with our amazing group of little liars — exploring their friendships, their romances, their secrets, and their status as scream queens supreme,” Aguirre-Sacasa and Bring said in a statement. “Eternal thanks to the fans who have embraced this new, horror-version of ‘Pretty Little Liars’ — which we’ll be continuing, of course — as well as our partners at HBO Max, Warner Bros. Television, and Alloy Entertainment. As Tabby would say, ‘There’s a sequel in the offing!’”

In the dark, coming-of-age, horror-tinged drama, viewers are miles away from Rosewood, but within the existing “Pretty Little Liars” universe — in a brand-new town, with a new generation of Little Liars. In season one, 20 years ago, a series of tragic events almost ripped the blue-collar town of Millwood apart. Now, in present day, a disparate group of teen girls — a brand-new set of Little Liars — find themselves tormented by an unknown assailant and made to pay for the secret sin committed by their parents two decades ago — as well as their own.