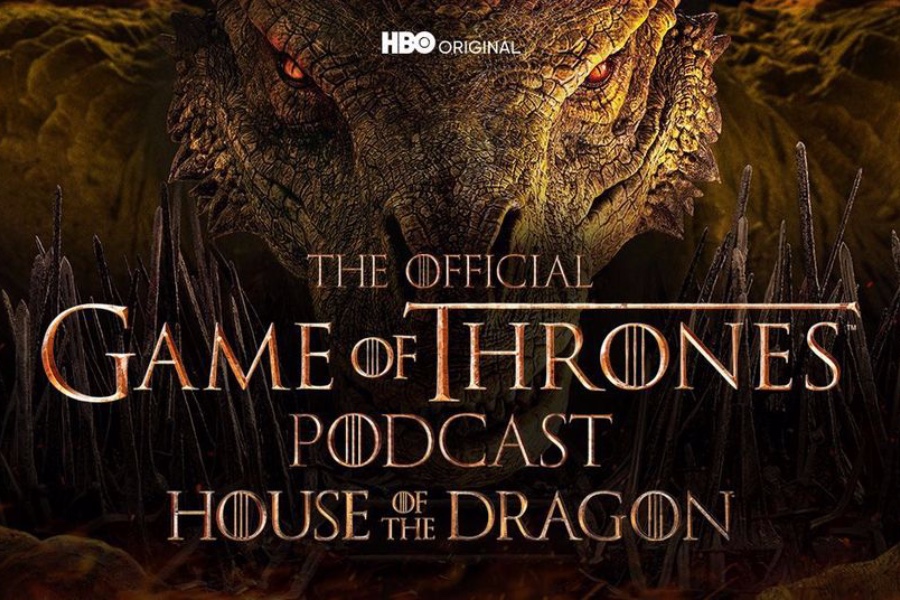 HBO Max is launching “The Official Game of Thrones Podcast: House of the Dragon” on Aug. 3 as the go-to audio destination to discuss everything “Game of Thrones” for casual and die-hard fans alike.

The new podcast series, hosted by Jason Concepcion (“X-Ray Vision”) and Greta Johnsen (“Nerdette”), will feature interviews with cast, crew, and celebrity fans to dive deep into the ins and outs of “Game of Thrones.” Featured guests include George R. R. Martin, “Game of Thrones” author and series producer and “House of the Dragon” co-creator/executive producer; in addition to “House of the Dragon” stars Paddy Considine, Matt Smith, Steve Toussaint, among others.

Leading up to the premiere of the HBO Original series “House of the Dragon” on Aug. 21, both long-time and new “Game of Thrones” viewers can tune into the podcast to brush up on the key history, houses, characters, and locations. Once the “House of the Dragon” is released, the podcast will provide in-depth analysis and exclusive interviews theorizing and unpacking each episode. Following the season, the podcast will continue to release new episodes, exploring all aspects of the “Game of Thrones” fandom including the upcoming “Game of Thrones Official Fan Convention.”

“Our goal is to create a space where all fans – whether they’ve been watching for 10 years or 10 weeks – can truly immerse themselves in all things ‘Game of Thrones’ and maybe even learn something new from the folks who brought it to life,” Concepcion said in a statement.

“The Official Game of Thrones Podcast: House of the Dragon,” produced by HBO Max and iHeartMedia, is the latest in Max’s growing slate of podcasts, including the “HBO’s Succession Podcast,” “Batman: The Audio Adventures,” and “We Stay Looking,” among others.

“By investing in podcasts, we’re able to extend the conversation beyond the show and engage fans on a deeper level, enhancing the overall storytelling experience,” said Michael Gluckstadt, director of podcast content for HBO Max.