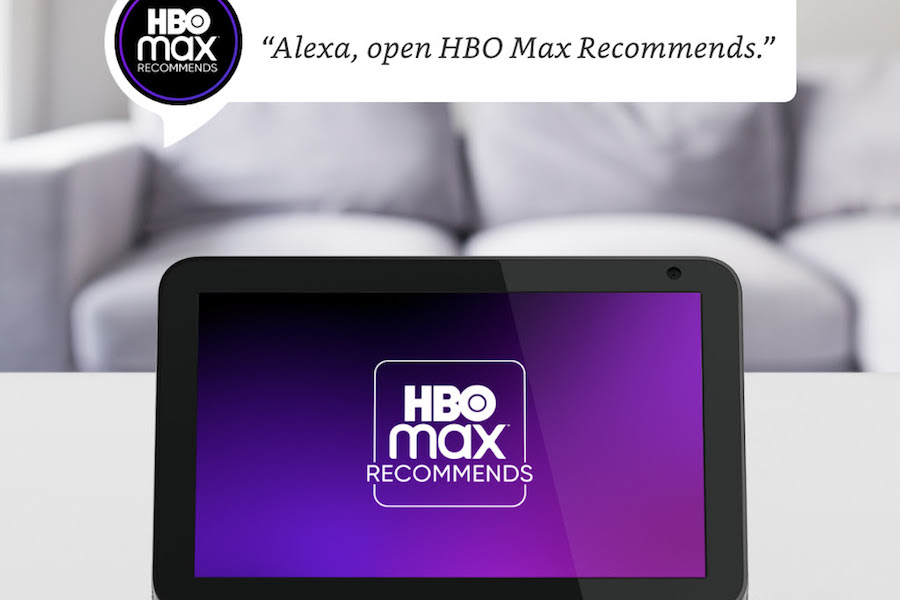 Available on Alexa-enabled devices, “HBO Max Recommends” is “a solution for users looking for something great to watch and who would like a little guidance from HBO Max and Alexa,” according to HBO Max.

To build personalized watchlists, users begin by saying, “Alexa, open HBO Max Recommends” followed by answering a series of verbal yes or no questions. They can filter recommendations by genre or ask for show descriptions, character lists and other information for hundreds of select titles.

“HBO Max Recommends” also has a multiplayer mode that interacts with up to three co-viewers, curating a list of recommendations that satisfy all members of the group. Once a session is complete, HBO Max Recommends will text them their list with links to stream the content on HBO Max.

“HBO Max continues to build on its mission of providing fun and interactive experiences to fans with their skill ‘HBO Max Recommends,’” Jason Mulderig, SVP of brand marketing for HBO Max and HBO, said in a statement. “Working with Amazon and adding this additional avenue of content discovery is another way we’re enhancing our customers’ overall viewing experience.”

The “HBO Max Recommends” skill for Alexa will also include “Spotlight Sessions,” a human-curated list of 10 titles related to current and upcoming holidays, events, anniversaries and premieres. The feature will launch in June.

“We are so proud to work with HBO Max to launch the ‘HBO Max Recommends’ skill for Alexa and reach HBO Max users — and their family and friends — with a simplified, fun and satisfying journey as they decide what to stream from HBO Max’s premier catalog,” Steve Bernstein, director of Alexa Skills at Amazon, said in a statement. “We look forward to seeing how fans respond to and engage with this new offering with HBO Max Recommends as their guide.”

“HBO Max Recommends” was developed in partnership with Skilled Creative.

HBO Max is scheduled to launch an ad-supported subscription tier and to begin its global expansion across 39 territories in Latin America next month.