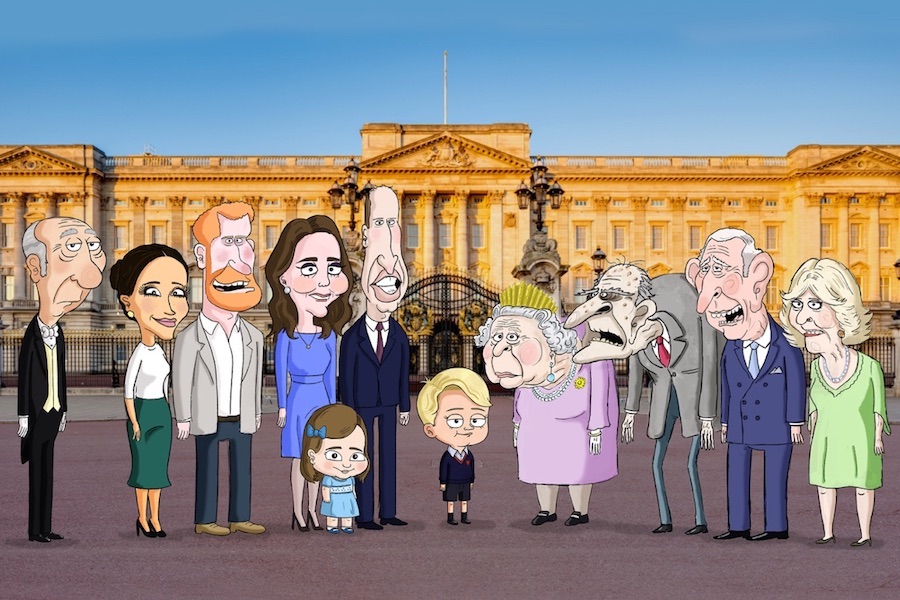 WarnerMedia’s pending streaming service HBO Max has greenlighted the animated series “The Prince,” a satire of the British Royals.

Created by Gary Janetti (“Family Guy,” “Will & Grace), the series is inspired by Janetti’s Instagram account, which has nearly 1 million followers and has garnered international media attention for its satire of the royal family through the eyes of a young Prince George, eldest child of Prince William and Princess Kate. Janetti will star in the series as Prince George alongside the voice talents of Orlando Bloom as Prince Harry, Condola Rashad as Meghan Markle, Lucy Punch as Kate Middleton, Tom Hollander as both Prince Philip and Prince Charles, Alan Cumming as George’s butler Owen, Frances De La Tour as Queen Elizabeth, and Iwan Rheon as Prince William.

The SVOD service HBO Max is set to launch this spring at $14.99 a month.

“We’re so excited to bring the world Gary’s created on Instagram over to HBO Max, where our viewers can discover what his Instagram fans already know — that George can be hilarious, shocking, and surprisingly sweet,” said Sarah Aubrey, head of original content, HBO Max, in a statement. “We can’t wait to see what Gary does with a bigger canvas to paint on than just a 1:1 square.”

“I’m thrilled to be working at HBO Max and bringing them yet another series about a family ruthlessly fighting for the throne,” said Janetti in a statement.

“The Prince” is a biting, satirical look at the life of Prince George of Cambridge, the youngest heir to the British throne, as he navigates the trials and tribulations of being a royal child. Before George rules Britannia, he’ll be laying down his own laws in Janetti’s comedic take on the future King of England’s childhood as seen from the prince’s own point of view. Because his succession isn’t coming any time soon, in each episode George will find his path in life as a young prince in modern times — from the 775 rooms of Buckingham Palace to his family’s sea of corgis to primary school with commoners. “The Prince” also features notable characters in George’s life such as his parents the Duke and Duchess of Cambridge, his fourth-in-line-for-the-throne little sister Charlotte, his modern Aunt Meghan and Uncle Harry, his great-grandad Philip,  and his Gan Gan Elizabeth.

This is the second project for Janetti with HBO Max after the previously announced Brad and Gary Go To… (working title), a travel doc with his husband, popular celebrity stylist Brad Goreski that will begin production this year. Janetti’s recent book Do You Mind If I Cancel is a New York Times bestseller.