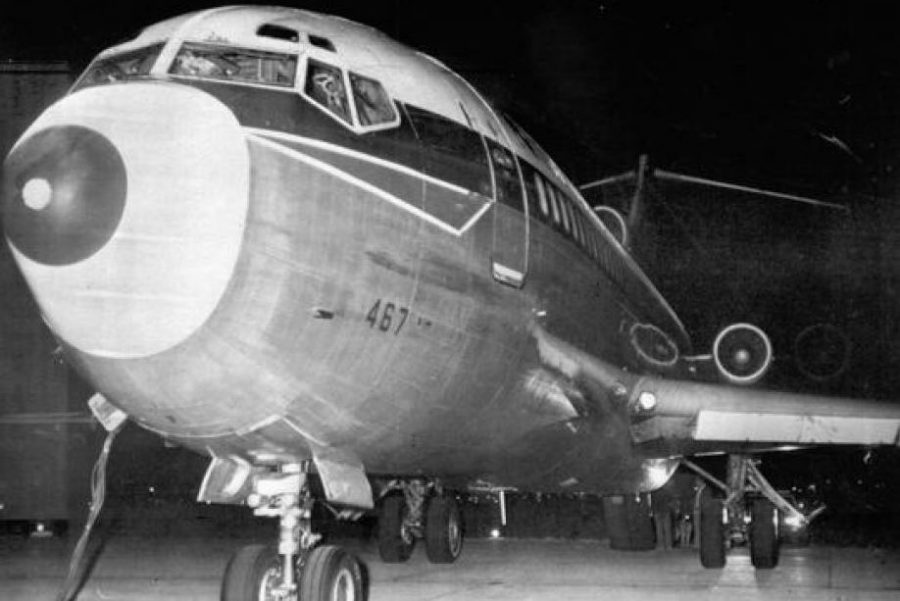 HBO and subscription streaming video platform HBO Max Nov. 25 are set to launch documentary The Mystery of D.B. Cooper, about the infamous unidentified man who in 1971 successfully hijacked and parachuted from a 727 Boeing passenger plane over Washington State with $200,000 in cash — and disappeared without a trace. The hijacker had identified himself to airplane personnel as D.B. Cooper.

Drawing from a combination of dramitizations and archival footage, as well as interviews with those most connected to the infamous case and its likeliest culprits, the documentary also explores how the heist inspired copycat hijackings and elevated Cooper to cult status and folklore.

Directed by Emmy-nominated director John Dower (Thrilla in Manila, My Scientology Movie), the doc explores the stories of four individuals fervently believed by their family and friends to be the mystery man who hijacked the plane flying out of Portland, Ore., traded the passengers’ lives for cash and four parachutes, bailed out at 10,000 feet and was never heard from again. Almost 50 years later, the case continues to confound the FBI and inspire wild speculation as it remains the only unsolved airplane hijacking in U.S. history.

D.B. Cooper is part of a collection of five crime-focused docs that premiere on Wednesdays beginning Nov. 18. Each title goes beyond the sensational headlines to explore the human toll on all sides of a crime and delves deep into the internal and external worlds of perpetrators, victims, and survivors.

The anthology includes Academy Award winner Alex Gibney’s profile of a pioneering forensic psychiatrist who has studied some of the most notorious serial killers in Crazy, Not Insane (Nov. 18); a shocking examination into Las Vegas fertility specialist, Dr. Quincy Fortier in Baby God (Dec. 2); the tale of an attempted murder by a religious snake handler in Alabama Snake (Dec. 9); and the search for justice in the aftermath of a bishop and human rights activist’s murder in Guatemala in The Art of Political Murder (Dec. 16).