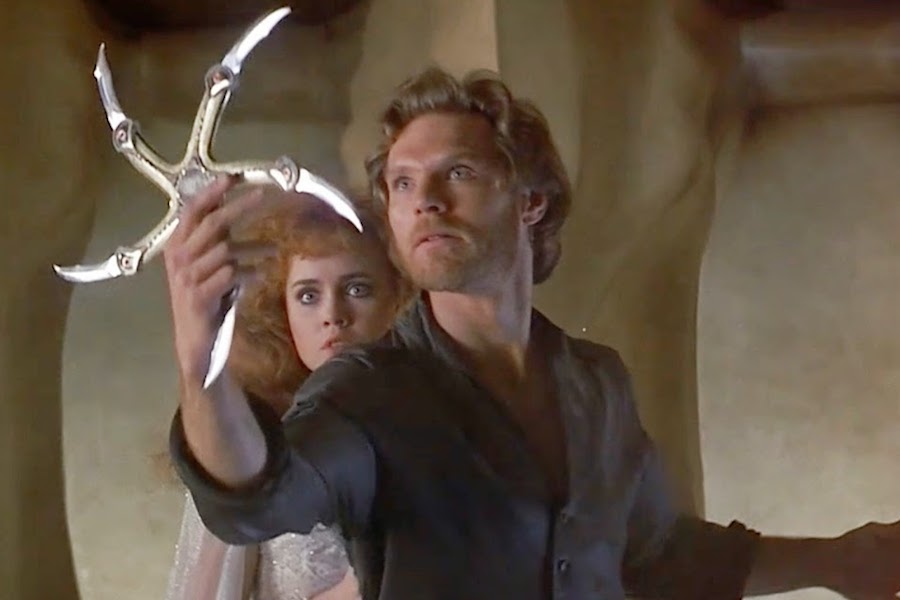 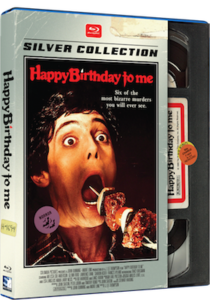 The mystery-shocker Happy Birthday to Me (1981) follows popular high school senior Virginia Wainwright (Melissa Sue Anderson), who survives a freak accident, but suffers from memory loss and traumatic blackouts. As she attempts to resume a normal life, something terrible is happening — her friends are ruthlessly murdered one-by-one. Will she be the next victim or is she the killer? The terrifying truth is finally uncovered at Virginia’s 18th birthday party.

The release is restored with the original soundtrack. 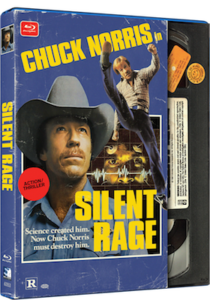 Chuck Norris, six-time World Karate Champion, stars in Silent Rage (1982), his first suspense film, as the tough, street-fighting sheriff of a small Texas town terrorized by a psychotic killer. He is faced with the dilemma of stopping the invincible murderer, made virtually indestructible through genetic engineering. A young group of researchers are responsible for developing the serum, and the head of the research institute is determined to continue the genetic experiments regardless of the consequences. Norris’s sheriff singlehandedly routs a dozen brutal bikers from a truck stop hangout, while rekindling an old romance with Alison Halman (Toni Kalem), a researcher at the institute. 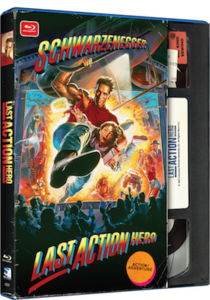 In Last Action Hero (1993), young movie fan Danny Madigan (Austin O’Brien) knows the first three Jack Slater movies by heart, and the fourth one is just about to be released. With the aid of a magical ticket, while watching the opening action sequence during an advance screening, Danny is transported into the movie. On the other side of the silver screen, Danny becomes the sidekick of Slater (Arnold Schwarzenegger), the toughest cop on the police force. Complications arise when one of the bad guys takes Danny’s magic ticket and escapes out of the movie into the real world. Danny and his hero must chase the arch villain in the real world, a world where evil guys can actually win. 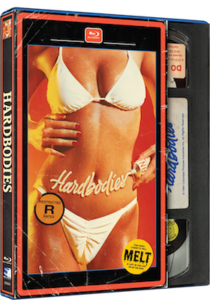 In the classic teen comedy Hardbodies (1984), three middle-aged geezers move into a swinging beach house and hire a young stud to teach them how to score with the local beauties. The ‘80s band Vixen and hundreds of Southern California swimsuit models co-star in the cult comedy originally made for broadcast on the Playboy Channel but picked up for theatrical release by Columbia. Stars include Grant Cramer, Teal Roberts, Courtney Gains, Kane Hodder and Gary Wood. 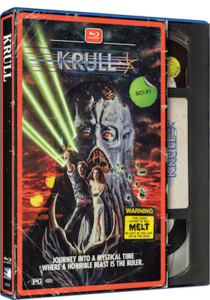 The sci-fi fantasy Krull (1983) explores a mystical time and place that belongs to neither the past nor the present, where extraordinary creatures of myth work their incredible magic, and where a horrific, omnipotent Beast is the ruler. Prince Colwyn sets out on a daring mission to rescue his young bride who is held captive by the Beast, but slayers and alien beings under the command of the Beast oppose him at every turn. Colwyn must first reach a faraway cavern to recover the legendary Glaive, a flying blade capable of phenomenal powers. 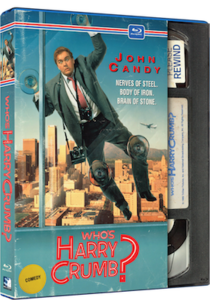 In Who’s Harry Crumb? (1989), John Candy stars as the bumbling private eye Crumb. When Harry, the last of the great sleuthing Crumbs, finally gets a shot at a frontpage kidnapping, it’s only because his boss Eliot Draisen (Jeffrey Jones) doesn’t want the case solved. At stake is the gorgeous daughter of multi-millionaire P.J. Downing, a $10 million ransom, and Draisen’s mistress (Annie Potts). Attired in a bizarre array of goofball disguises, from a Hungarian hairdresser to a hefty housewife, Harry is determined to crack the case.